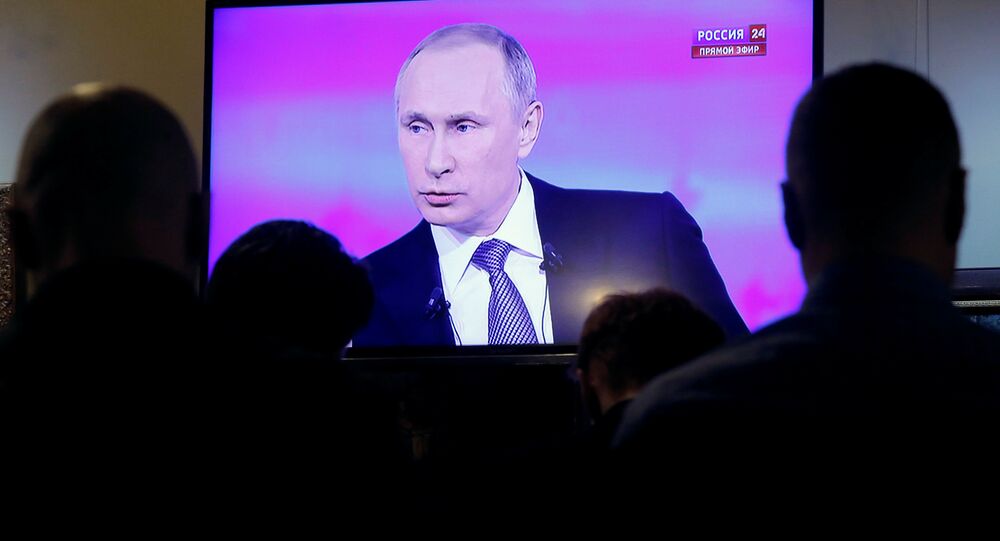 Russian President Vladimir Putin said that a single currency for the Eurasian Economic Union could be introduced only when the levels of economic development and the economic structures of the EEC member states even out.

© Sputnik /
President Putin Rules Out Russian Isolation Globally
MOSCOW (Sputnik) — The introduction of a single currency for the  Eurasian Economic Union is a big question, but possible once the economic situations in the member states even out, Russian President Vladimir Putin said Thursday.

"That is an interesting question, I think. Whether or not there will be a national currency in the EEC. This is a big question," Putin said during a Q&A session.

"In principle, this interesting issue will probably be possible some day. But only when the levels of economic development and the economic structures of the EEC member states even out. We cannot under any circumstances repeat the mistakes of the European Union, which introduced a common currency while the countries' economies were so different," the president added.

The EEU, in existence since January 2015, provides for the free movement of goods, services, capital and labor among its five member states: Russia, Armenia, Belarus, Kazakhstan and Kyrgyzstan.

Russian Union of Industrialists and Entrepreneurs vice president Alexander Murychev argued late in 2014 that economic integration within the EEU would help member state economies reduce their dependence on the dollar and the euro.

That year, Russian First Deputy Prime Minister Igor Shuvalov said the EEU could eventually lead to the creation of a common financial and currency union.

How Does Vladimir Putin Stay Healthy? Find Out His Secret