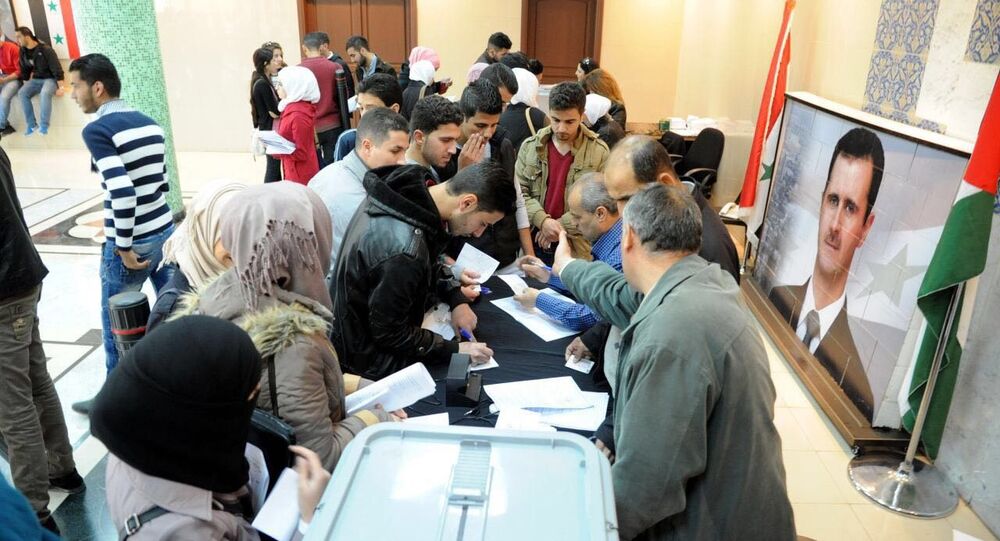 New Syrian Constitution Should Be Agreed Before Holding Elections

Franz Obermayr, a member of the right-wing Freedom Party of Austria, said that it makes more sense to make an agreement on the Syrian constitution and then hold the elections.

© Sputnik / Ilya Pitalev
Putin Expresses Hope Syria Ceasefire to Lead to Political Resolution
MOSCOW (Sputnik) — Syria should first agree on a new constitution of the country and only then proceed to the presidential elections, an Austrian member of the European Parliament told Sputnik on Thursday commenting on the today's statement made by Russian President Vladimir Putin.

Earlier in the day, Putin said in an annual phone-in conference with the nation he hoped that the ongoing ceasefire in Syria would lead to a political process that would see the war-torn country adopt a new constitution and conduct early elections.

"Of course it makes more sense to make an agreement on the constitution and then hold the elections. It would be more clever than the other way around," Franz Obermayr, a member of the right-wing Freedom Party of Austria, said.

© AFP 2021 / TIMOTHY A. CLARY
Russian-US Cooperation on Syria Constructive
A new round of intra-Syrian talks started in Geneva on Wednesday. According to UN Envoy for Syria Staffan de Mistura, this round of talks will entail discussions on the topics of political transition, governance, and the constitution.