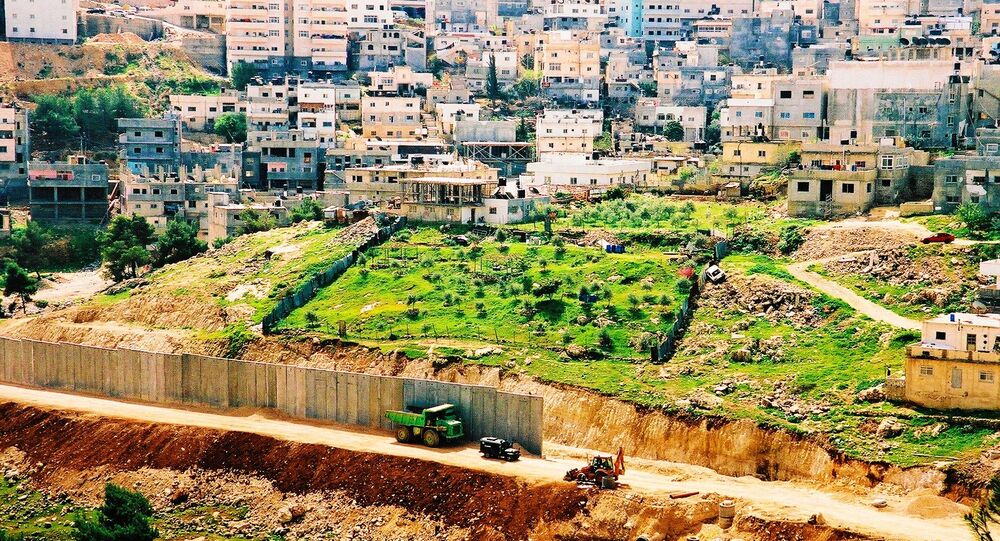 Palestinians are pushing the UN Security Council to condemn Israeli settlements in east Jerusalem and the West Bank, paving the way for peace talks, according to the Palestinian UN envoy Riyad Mansour.

© REUTERS / Jonathan Ernst
Obama to Push for Israel-Palestine 2-State Solution After Leaving Office
Mansour told reporters on Tuesday that Arab delegations have received a draft resolution criticizing Israeli settlements in occupied territories and explained that, by adopting the resolution, the UN would break a major obstacle to peace negotiations between Israel and Palestine.

He said that the move is aimed at "keeping the hope alive" and "opening doors for peace."

France has been lobbying countries to commit to a conference that would get both nations back to the negotiating table. Refusing to adopt the resolution would undermine France's initiative to broker the agreement, Mansour said.

Five years ago Washington voted against a similar resolution condemning Israeli settlements, under the excuse that it would jeopardize potential peace talks. Back then the US stressed that its veto didn't imply support of Israel's actions. America doesn't consider legitimate the Israeli settlements on land the Palestinians claim for their own.

© AFP 2020 / AHMAD GHARABLI
Moscow Calls New Expropriation of Land by Israel in Palestine 'Illegal'
With no agreement in 2016, the permanent Palestinian observer to the United Nations expects Washington to support the new Palestinian draft.

The US has yet to decide on the issue.

Israel's Ambassador to the United Nations Danny Danon last week said in a statement that Palestinians had chosen the wrong path, claiming that a resolution would not bring peace talks closer.

"The Palestinians must understand that there are no shortcuts," he said. "The only way to promote negotiations starts by them condemning terrorism and stopping the incitement, and ends with direct negotiations between the two sides."

Palestinian President Mahmoud Abbas is expected to discuss the draft resolution with French President Francois Hollande next week during a visit to New York to sign the Paris climate agreement.