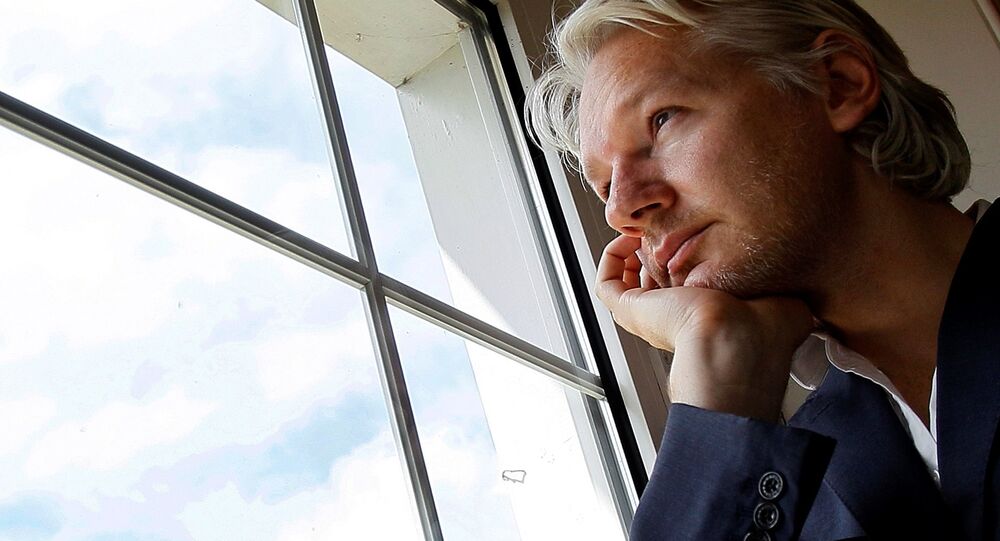 Not Just #PanamaPapers: Four Other Leaks That Shocked the World

From shocking videos of US soldiers shooting at civilians in Iraq and Afghanistan to the recent Panama Papers scandal, leaks of classified information helped to keep world leaders and business elites in check. In the aftermath of the latest Mossack Fonseca leak, Sputnik remembers five major leaks that shocked the world.

The leak of the Panama Papers, 11.5 million confidential documents with detailed information about over 200,000 offshore companies, were illegally disclosed by an unnamed source who had access to the Panama-based Mossack Fonseca law firm. The leaked documents reveal how wealthy businessmen, including public officials from a number of countries, hid their money from the public eye using a complex system of offshore companies, banks, law firms and other third parties.

Last Tuesday, the Panama Papers claimed its first victim, when Iceland's then Prime Minister Sigmundur Gunnlaugsson resigned from his post.

© Flickr / Erik bij de Vaate
Busted! CIA and Co. Allegedly Used Mossack Fonseca to Hide Activities
The documents, leaked from Mossack Fonseca, are not open to the public. They could well contain names of American citizens, but this information has not been released yet. After all, looking through 11.5 million files takes time.

According to WikiLeaks, the leak was an information attack against Russia and personally against President Vladimir Putin.

WikiLeaks also said that the so-called Panama Papers leak was funded by the US Agency for International Development (USAID) alongside George Soros' Open Society Foundation.

"#PanamaPapers Putin attacks was produced by OCCRP which targets Russia and former USSR and was funded by USAID and Soros," WikiLeaks wrote.

The International Consortium of Investigative Journalists (ICIJ) released information about bank accounts in Switzerland allegedly operating to help tax evaders with the knowledge of the British bank HSBC.

© Flickr / Guido Gloor Modjib
EU, Switzerland Agree to Crack Down on Tax Cheats, End Swiss Bank Secrecy
The leak revealed that up to 180 billion euros ($205 billion) had been passed through HSBC accounts in Geneva by over 100,000 clients and 20,000 offshore companies in the period from November 2006 to March 2007. Some of the clients whom the bank helped were accused of  participating in the arms trade and had connections with blood diamonds.

Following the scandal, French authorities launched a criminal investigation against HSBC in connection with the bank's conduct. The scandal was dubbed as the biggest leak in Swiss banking history.

On November 28, 2010, WikiLeaks released classified cables from 274 American embassies and consulates around the world sent to the US State Department. The classified files contained some sensitive diplomatic information, such as how the US government instructed its officials to spy on high-ranking UN personnel, including Ban Ki-Moon, and Saudi leaders urging Washington to bomb Iran.

The incident caused an international uproar. Then US Secretary of State Hillary Clinton said the leaks were a "threat to global security." New York Congressman Peter King wanted WikiLeaks founder Julian Assange to be prosecuted under the US Espionage Act and label WikiLeaks as a terrorist organization.

WikiLeaks released a video showing a US Apache helicopter shooting and killing civilians in Iraq, including two Reuters correspondents who happened to be on the ground. The attack itself took place in July 2007.

Following the deadly incident, Reuters wanted to obtain the video using a freedom of information request; however the Pentagon blocked the attempt of the news agency. Later, WikiLeaks revealed that they had to break through encryption code set by the US military to view the footage.

U.S. Army 1st Infantry Division
US-Trained Iraqi Forces Under Investigation for War Crimes
The Pentagon was embarrassed about the video leak, especially since it came shortly after the US military revealed that its special forces had tried to cover up the killings of three Afghan women by digging bullets out of their bodies.

US Army intelligence analyst Bradley Manning, who transferred the footage to WikiLeaks, was arrested and subsequently charged for illegally transferring classified data to an unauthorized source. Although WikiLeaks tried to protect Manning by hiring lawyers, they weren't allowed to have access to him.

2010 was a major year for WikiLeaks when, in addition to US war crimes in Iraq, the organization disclosed a collection of US military documents from the war in Afghanistan. The Afghan War documents leak, also known as the Afghan War Diary, revealed over 91,000 classified documents leaked between January 2004 and December 2009.

© AP Photo / Médecins Sans Frontières via AP
US Commits ‘Obvious’ War Crime in Bombing Afghan Hospital - Advocacy Group
The leak was considered as one of the largest in US military history and exposed the truth of the Afghan war. The documents showed a rising toll among Afghan civilians and revealed the creation of a secret Special Forces unit to hunt down and kill Taliban leaders without trial.

After obtaining the classified US documents from the Afghan War, WikiLeaks sent the information to all major newspapers, including the Guardian, the New York Times and the German weekly Der Spiegel.