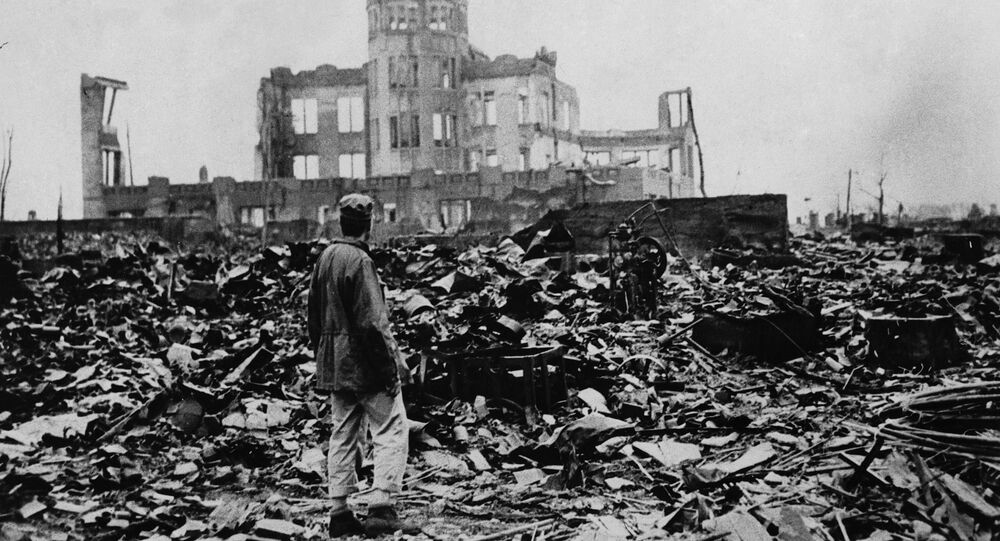 White House suggests Secretary of State Kerry “has the fortitude” to visit the site of the world’s single most deadly wartime massacre, without apologizing on behalf of his country.

On Monday, John Kerry became the first US Secretary of State and highest-ranking US administration official to visit the Japanese city of Hiroshima, where American warplanes dropped the first of only two nuclear bombs detonated in warfare, over 70 years ago, on August 6, 1945.

Secretary Kerry laid a wreath at the memorial site and visited the nearby Atomic Bomb Museum, which displays haunting artifacts related to the bombing. An estimated 140,000 Japanese civilians perished in the wake of the deadly radioactive explosion.

The tale of the Hiroshima bombing is often heralded in America, along with the subsequent nuclear bombing of Nagasaki, as bringing an end to the fighting in the Pacific theater of World War II. International scholars view this interpretation as a historical revision, justifying an unnecessary atrocity on the heels of the brutal firebombing of Tokyo that killed 100,000 Japanese civilians.

In keeping with US revisionism, Kerry did not offer an apology to the Japanese people. Instead, pointing toward the future, he is reported to have written in a guest book at the memorial: "Hiroshima is a stark, harsh, compelling reminder not only of our obligation to end the threat of nuclear weapons, but to re-dedicate all our effort to avoid war itself."

Japanese Foreign Minister Fumio Kishida, a Hiroshima native, mirrored these calls for peace, noting that Hiroshima must be viewed as a "strong reminder of the imperative we all have to work for peace for people everywhere."

Kerry’s visit to the memorial comes at the end of talks in Hiroshima between foreign ministers from each of the Group of Seven nations, covering terrorism, the Middle East refugee crisis, nuclear disarmament, and rising tensions in Asia.

In a follow-up statement to the visit, the White House said that Kerry "had the fortitude, whatever it takes, to come to Hiroshima." There was acknowledgement that a spectacular, and particularly avoidable, man-made tragedy occurred, but there was no apology.