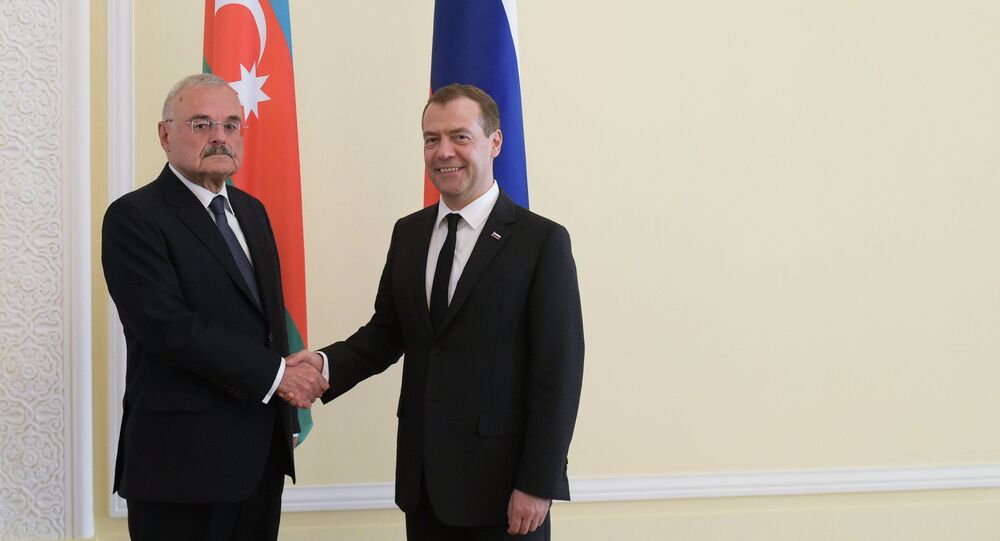 "Unstable oil prices affect the Russian economy. I think that our respective authorities should look for new joint projects that would contribute to the development of economic sectors that do not depend on oil. We have very big potential here," Rasizade said.

Agriculture, pharmacology, tourism, military-technical and other fields are some of the areas of closer cooperation between the two countries, he added.

The head of the Caucasus republic’s government shared the experience that Azerbaijan has in directing oil and gas profits in high-price years toward developing fields outside the fuel and energy sector.

"There are many areas where we can cooperate to mutual benefit and reduce dependence on third or fourth parties," he stressed.

Medvedev agreed with his counterpart, saying the Russian and Azerbaijani economies took shape based on single products, and the task ahead was to diversify and decrease dependence on oil and gas sales.

"This challenge is within our reach, it will take time and rallied work," Medvedev said.

The Russian prime minister added that the sides were working toward that goal, including through the planned launch of a joint enterprise.