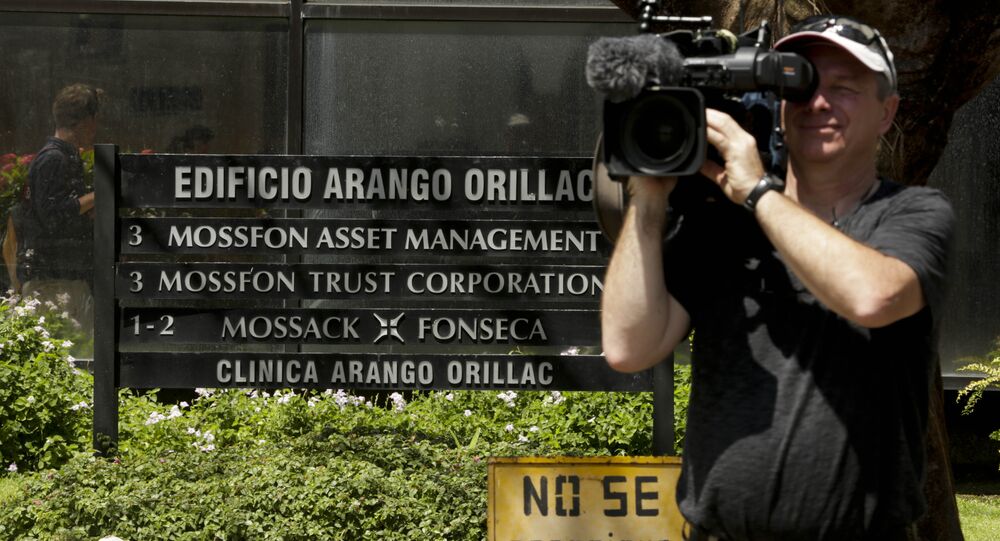 Mossack Fonseca spokesperson said that the company will continue to provide legal services to clients after a papers leak from its files.

WASHINGTON (Sputnik) — The Panama law firm Mossack Fonseca will continue to provide legal services to clients after a papers leak from its files publicly referred to as the "Panama Papers," a company spokesperson told Sputnik.

"[O]ur plan is to continue to serve our clients, stand behind our people and support the local communities in which we have the privilege to work all over the world, just as we’ve done for nearly four decades," the spokesperson said on Wednesday.

"Obviously, no one likes to have their property stolen, and we intend to do whatever we can to ensure the guilty parties are brought to justice," the spokesperson stated.

"While we may have been the victim of a data breach, nothing in this illegally obtained cache of documents suggests we’ve done anything wrong or illegal, and that’s very much in keeping with the global reputation we’ve worked hard to build over the past 40 years of doing business the right way," the spokesperson pointed out.

On Sunday, the German newspaper Sueddeutsche Zeitung exposed alleged illegal financial activities of some of the world’s most prominent individuals that the newspaper obtained from information of Mossack Fonseca’s massive leak of more than 11 million documents.

© CC BY 2.0 / Wikileaks Mobile Information Collection Unit / Wikileaks Truck
WikiLeaks Calls for Leaked Panama Papers to Be Published in Full
The documents reportedly provide information on current and former political leaders, celebrities, businessman and others, who allegedly laundered billions of dollars, evaded taxes and dodged sanctions with the help of shell firms abroad.

Following the publication on Sunday, Mossack Fonseca responded by refusing to validate the information contained in the leaks and accused reporters of gaining unauthorized access to its proprietary documents.

The law firm warned that using unlawfully-obtained data was a crime and it would not hesitate to seek legal redress against those who use the stolen information.