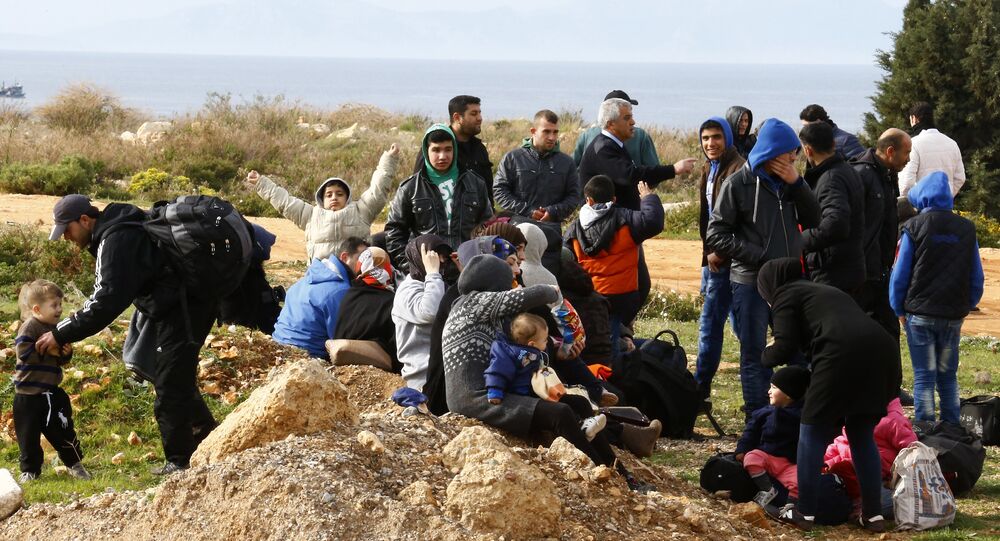 Turkish Prime Minister Ahmet Davutoglu said that after the Turkey's deal with the EU the number of illegal migrants coming to Greece from Turkey has fallen significantly.

ANKARA (Sputnik) — Turkish Prime Minister Ahmet Davutoglu claimed Wednesday that the flow of migrants to Greece had reduced substantially since the Turkey-EU deportation deal came into effect earlier this week.

"After the deal with the EU the number of illegal migrants coming to Greece from Turkey has fallen significantly," Davutoglu said at a press conference with his Finnish counterpart Juha Sipila in Helsinki.

© Flickr / European Parliament
EU Chiefs to Push for Major Changes to Migrant Policy Amid Growing Crisis
The Turkish prime minister estimated that 350 migrants had arrived in Greece and 200 had been sent back to Turkey in the past two days which, he said, showed that that the arrangement to stem migrant influx to Europe was working.

On Monday, Greece started deporting migrants to Turkey. Most of the 202 people deported from its southern islands of Lesbos and Chios were Pakistanis. Under the agreement, an approved Syrian refugee is to be resettled to Europe for every undocumented migrant returned to Turkey.