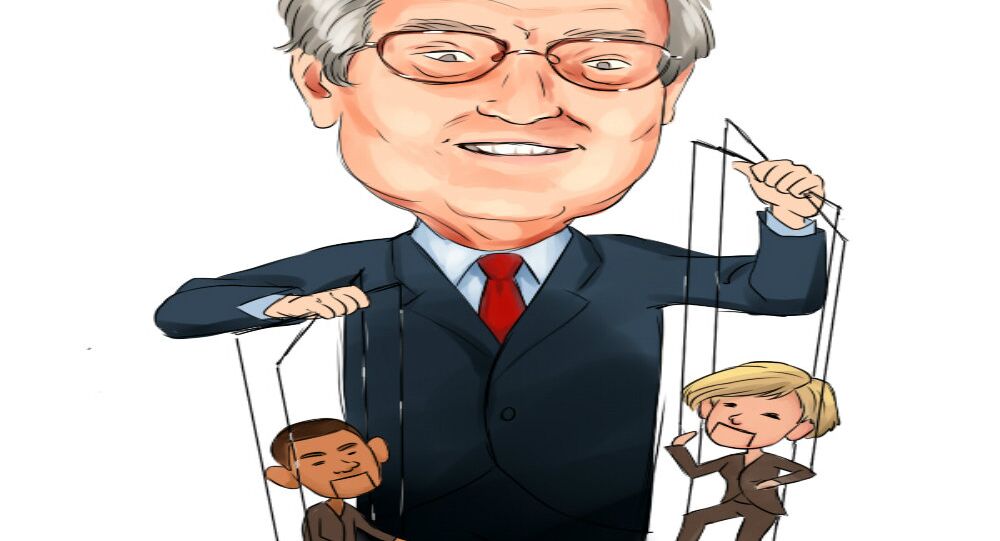 The Soros-funded framing of the document release aimed to smear Putin, but did more to expose the collusion of Hillary Clinton, David Cameron, and other Western scam artists.

On Sunday, the "Panama Papers" were released to the world, in the single greatest incriminating document leak in world history. The documents, all from a single Panamanian law firm specializing in tax sheltering, Mossack Fonseca, were released to a German newspaper Süddeutsche Zeitung.

The documents were reviewed and maintained by a shadowy network including George Soros and several CIA funded organizations, including the International Consortium of Investigative Journalists and the Organized Crime and Corruption Reporting Project. Unsurprisingly, headlines relating to this group focused on Russian President Vladimir Putin, a world leader not even named within the Panama Papers.

In recent days, however, as international news agencies and curious civilians scour over the two terabytes of documents, with more to come — thanks to the whistleblowing organization WikiLeaks — attention has turned toward Westerners implicated in the release.

Perhaps the most notable Western leader exposed in the Panama Papers is David Cameron, the British Prime Minister, whose father transitioned their family firm from Panama to Ireland after the leader took office. His father’s company dodged British taxes for over 30 years through the offshore arrangement, but the British Prime Minister insists that neither he nor his wife and children received any benefit from the holding that maintained the Cameron family’s fortune.

British Labour Party and Leader of the Opposition Jeremy Corbyn has called for an immediate investigation as to whether Cameron family wealth is still held in other offshore investments to the detriment of the British public. Corbyn denounced Cameron, saying "it’s not a private matter if tax has not paid so an investigation must take place."

Additionally, on Tuesday, Iceland’s Prime Minister Sigmundur David Gunnlaugsson offered his resignation after the leak implicated the country’s leader in using offshore shell companies to mask political kickbacks and other forms of corruption.

It was also revealed that some 200 US citizens were also implicated. The list includes Americans who have since been accused or convicted of serious financial crimes, including securities fraud and Ponzi schemes.

Perhaps the most telling Panama Papers revelation of the past 24 hours came not from the documents themselves, but from Democratic presidential candidate Hillary Clinton’s private email server. In a series of emails revealed yesterday, in 2011 then-Secretary of State Clinton pushed the Panama Free Trade Agreement, despite warnings from watchdog groups that the agreement would exacerbate the growth of tax havens and increase money laundering activity.

That trade deal, opposed by her Democratic presidential opponent Bernie Sanders, was actively lobbied for by Clinton’s State Department administration and Clinton ally Sidney Blumenthal. Interestingly, the list of implicated leaders reads like a who’s who of Clinton Global Initiative supporters, from the king of Saudi Arabia to Ukrainian President Petro Poroshenko. Additionally, the most heavily implicated Western financial institution in the Panama Papers, Deutsche Bank, paid Clinton $485,000 in speaking fees shortly after the trade deal was ratified.

In 2011, Secretary Clinton released a statement lauding the agreement from a non-corruption angle, stating that it "will make it easier for American companies to sell their products" and that the Obama Administration "is constantly working to deepen our economic engagement throughout the world, and these agreements are an example of that commitment."

On Tuesday, candidate Sanders blasted Clinton, saying that she "helped push the Panama Free Trade Agreement through Congress as Secretary of State and the results have been a disaster."

Washington DC Startup Offers Fresh-Squeezed Juice, With Weed on the Side