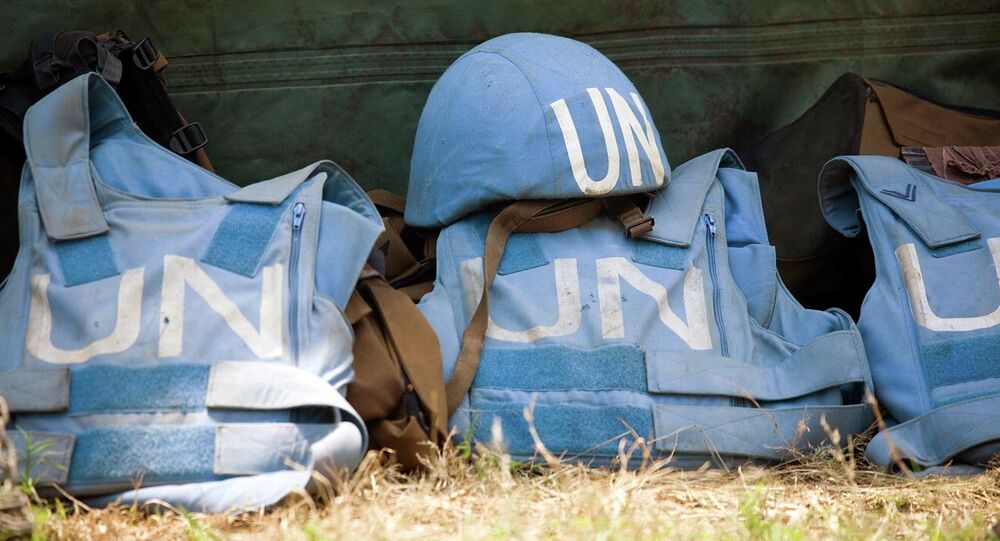 Over 100 girls from a province in the Central African Republic claim they were sexually abused by UN peacekeepers, the AIDS-Free World’s campaign Code Blue reported. Co-founder of Code Blue Paula Donovan told Radio Sputnik that the reports are just the tip of the iceberg.

According to Donovan, the United Nations has been deliberately concealing the information about sex crimes committed by peacekeepers for the sake of its reputation, leaving ‘thousands' of victims without hope.

"The United Nations by being so slow and so secretive and so careful about their reputation, they're actually culpable in these crimes," she argued.

Donovan said that documents in the recent case were leaked to her organization by an insider, and that the data they received included correspondence and notes from meetings that imply that the victims were interviewed two weeks before the information was released and that the UN was notified but — for unknown reasons — never informed the civilian population or the governments involved.

She accused the UN of creating a culture of impunity where the perpetrators never come to justice and are being released back to the community like there was no crime.

UN spokesman Stephane Dujarric said earlier that the UN Secretary-General Ban Ki-moon was "shocked to the core" over the allegations.

"Why in the world would Secretary General Ban Ki-Moon respond to these latest allegations with ‘shock'?" Donovan wondered. "It doesn't shock any of us who's been following these stories for the past ten years."

© AFP 2020 / TIMOTHY A. CLARY
UNSC Adopts Resolution to Repatriate Peacekeepers for Sexual Abuse
She asserted that accusations by girls from the Central African Republic, which include such horrible abuses as forced bestiality, are the tip of the iceberg. In fact, UN peacekeepers commit similar crimes in other countries like Liberia or Democratic Republic of Congo, and there are not even hundreds but "thousands" of women and girls who say that "their only interaction with the United Nations has been transactional sex or forced sex by peacekeepers".

There's documented evidence of that happening over the past two decades, Donovan claims, and expert teams sent by the Secretary General to assess the situation informed superiors about ‘low morale' in peacekeeping missions, but the issue was silenced and nothing was done to help the victims and persecute the criminals.

"We're reading about the Central African Republic because the media…has been shining a spotlight on that one country, and this is indicative of what we would here from other peacekeeping countries if the attention were turned in that direction," Donavan said.

Dujarric said last week that a UN team was sent to gather data regarding recently reported allegations of sexual assault and exploitation by UN and non-UN forces as well as civilians in Kemo prefecture in past two years.