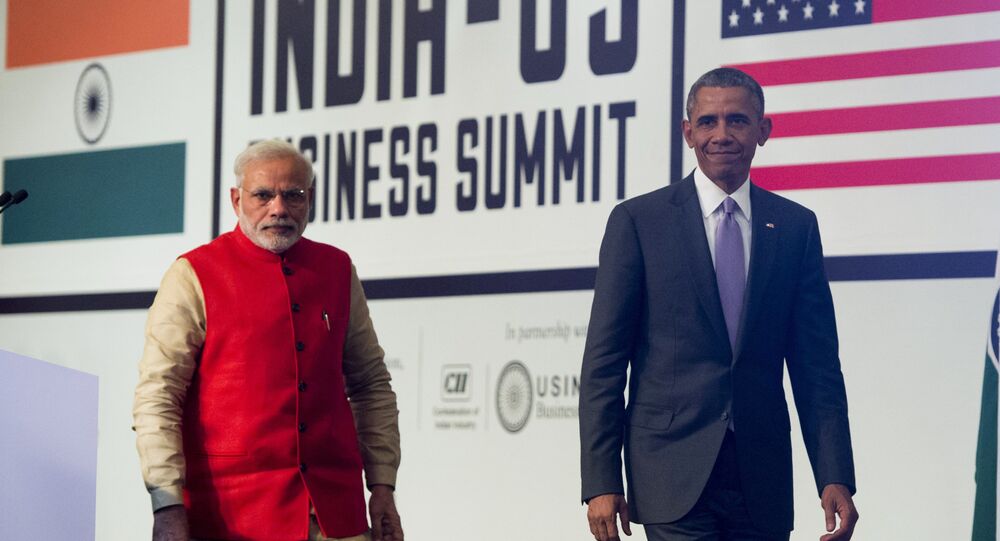 US National Security Advisor held a meeting with an Indian counterpart to discuss joint cooperation in counterterrorism and nuclear fields.

"Ambassador Rice and NSA Doval exchanged views on the terrorist threat posed by Daesh in the region and the importance of combatting the ideology that fuels such groups," the statement said "They also discussed US-India counterterrorism cooperation, including against Lashkar-e-Tayyiba and Jaish-e-Mohammed."

© REUTERS / Carlos Barria
Obama to Discuss Anti-Daesh Fight With World Leaders at Nuclear Summit in Washington
The two national security leaders met on Monday ahead of the Nuclear Security Summit in Washington, DC. The White House also noted that the pair discussed their views on "the prospects for commercial progress" in 2016 under the US-India civil nuclear cooperation.

Leaders from around the world will gather in the US capital from March 31 to April 1 for the fourth Nuclear Security Summit to discuss reducing the threat of nuclear terrorism. Indian Prime Minister Narendra Modi is set to attend the Summit as well as leaders from Turkey, the United Kingdom, Japan and South Korea.