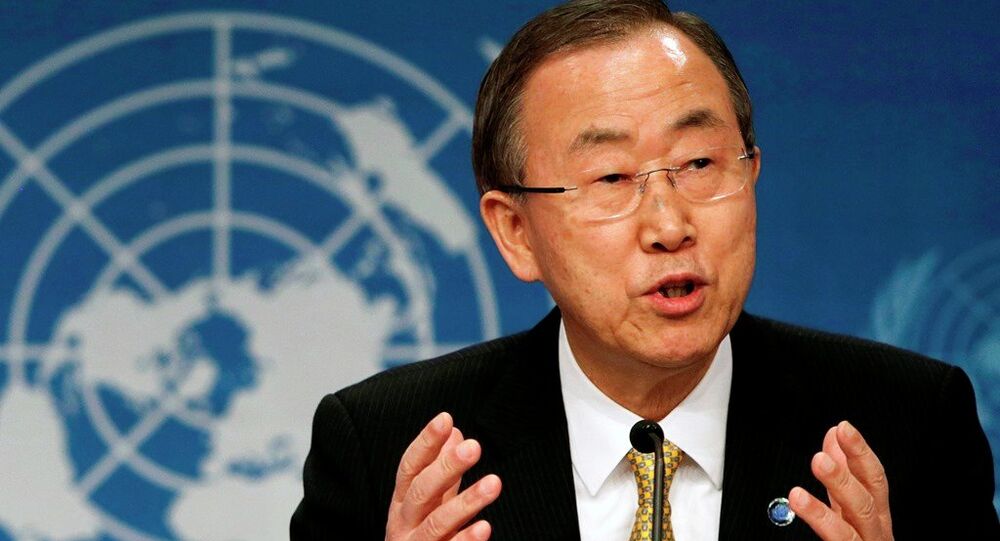 Ban Ki-moon said that UN Security Council should be careful in regard to imposing new sanctions on Iran over ballistic missile launch.

"Iranians have been lifted from these SC sanctions which have been imposed upon them. But now that the Iranians have launched the ballistic missiles and it is true that it has caused the alarm and concerns. But what kind of sanctions, what kind of a measures should be upright, it should be up to SC members. They are the ones who will analyze whether this ballistic missiles launched were a violations against the references and UN SC resolutions and what kind of measures should be taken. And I hope that the UNSC will be carefully discussing this matter," Ban told reporters.

On July 14, 2015, the P5+1 countries, namely the United States, Russia, China, France, the United Kingdom and Germany, reached a Joint Comprehensive Plan of Action (JCPOA) with Iran to ensure the peaceful nature of Tehran's nuclear program in exchange for sanctions relief.

Following the adoption of the JCPOA, the UNSC passed Resolution 2231, which prohibits Iran from engaging in activity related to ballistic missiles capable of delivering nuclear weapons, among other issues.

Earlier in March, Iranian state media reported the country’s Revolutionary Guard Corps carried out a ballistic missile launch as one of the last steps in testing the capabilities of Iranian-produced missiles. The United States claimed that Iran's actions violated the Resolution 2231. The resolution calls on Iran to refrain from missile tests, but does not explicitly outlaw such tests.