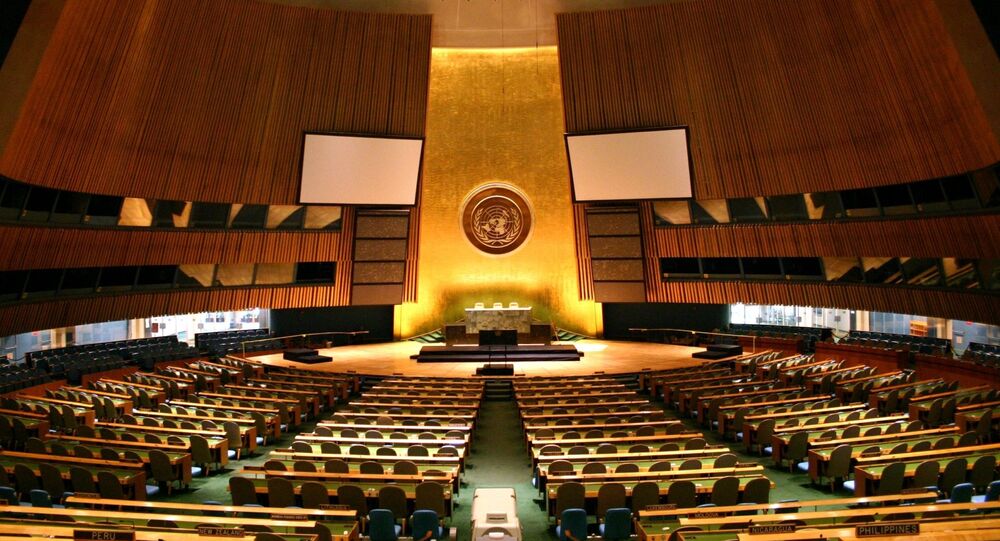 UNITED NATIONS (Sputnik) — UN General Assembly President Mogens Lykketoft has informed all member states about the final report on the functioning of the Office of the President of the General Assembly (OPGA), a response to the criminal indictment of his predecessor John Ashe on bribery charges.

© REUTERS / Mike Segar
‘Platform for Profit’: Ex-UN General Assembly President Charged in Elaborate Corruption Scheme
According to Lykketoft, UNGA is studying in detail the final report of the Secretary-General’s task force on the work of the OPGA and is due to consider it on April 7, 2016.

"I have written to all Member States drawing their attention to this report and encouraging the active support, participation and contribution of Member States in this important process. I am resolutely committed to transparency and accountability," Lykketoft said in a statement published on his Office's website on Tuesday.

​John Ashe, now under house arrest, served as President of the UNGA between September 2013 and September 2014. The position in which he served allowed him to allegedly perform official actions for businesspeople from China and Antigua and Barbuda.

In October, the former President of the UNGA and five other individuals were charged in a $1.3-million bribery scheme that spanned for years.