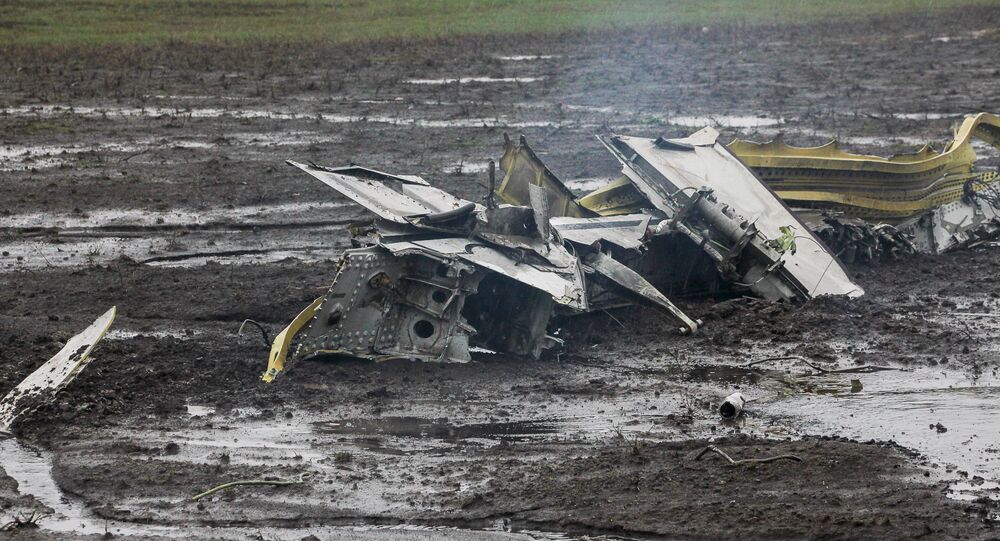 The US aircraft manufacturer Boeing will assist the Interstate Aviation Committee’s (IAC) investigation into the Flydubai crash as a consultant, Boeing’s Moscow office said Tuesday.

MOSCOW (Sputnik) – The US National Transportation Safety Board (NTSB) said on the day of the March 19 crash that it was preparing to send a team of investigators, including from the Federal Aviation Administration (FAA) and Boeing, to Russia to assist IAC with its inquiry. A Flydubai Boeing 737-800 crashed on landing at Rostov-on-Don airport, killing all 62 people on board.

"In accordance with NTSB instructions, a team of Boeing’s technical experts will provide assistance to the IAC as a consultant," Boeing told RIA Novosti in response to a query on whether the manufacturer would provide details on repairs made to systems operated on such aircraft.

© Sputnik / Stringer
All Systems on Crashed FlyDubai Jet Functioned Properly Before Take Off
The company forwarded all inquiries regarding the investigation to the IAC, which on Tuesday said the plane’s onboard systems and engines had been "technically sound" at takeoff.

Although the crash occurred in conditions of poor visibility, pilot fatigue as well as lack of coordination have been suggested as possible explanations for the accident.

All Systems on Crashed FlyDubai Jet Functioned Properly Before Take Off