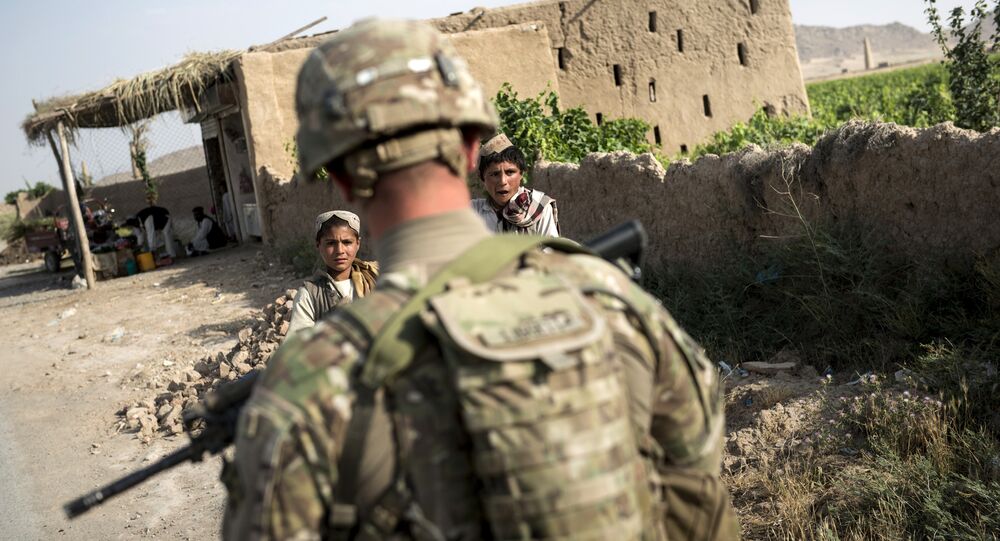 The purpose of the US-led Afghan War was never to help out its citizens, according to Ubayeed Kabir, a member of the country's opposition Solidarity Party.

Rahmat Gul
Getting Higher: Congress Admits US Lost Drug War in Afghanistan
In an interview with Sputnik, Ubayeed Kabir, a member of the opposition Solidarity Party of Afghanistan, pointed the finger at the US military for pursuing their own interests in Afghanistan, where he said they never sought to protect ordinary people.

The interview came after a local boy was shot and killed by a US serviceman guarding Bagram Air Base, which is located 31 miles (50 kilometers) north of the capital Kabul and which is known to be the largest military installation in Afghanistan.

"The US servicemen occupied Afghanistan under a human rights slogan. From the very beginning it was clear that they would never protect the people of Afghanistan. The real [objective of the US presence in Afghanistan] is to fulfill their strategic goals, capture natural resources and pursue their national interests in neighboring countries," Kabir said.

As far as the killing of the child is concerned, he said that such US military crimes aren't uncommon across Afghanistan.

"They commit such crimes in a spate of Afghan provinces, saying only one word: 'sorry'. And our government, a puppet of foreign countries, is powerless to rectify the situation," he added.

Kabir warned that more Afghan children may die in the near future amid the ongoing NATO presence in Afghanistan.

Meanwhile, it was reported that the boy, whose name and age have not been disclosed, was carrying "what looked like an automatic rifle," according to General Zaman Mamozai, chief of police for the Parwan province, where the airbase is located.

© AFP 2020 / WAKIL KOHSAR
NATO and US 'Failed to Fulfill Any of Their Promises' in Afghanistan
The Mamozai said that a US soldier in one of the watchtowers told the boy to stop, and then fired; the investigation into the killing is already under way, according to the US military.

In October 2015, US President Barack Obama moved to extend his country's presence in Afghanistan through 2017 so as to support the Afghan security forces which are trying to contain the Taliban.

Decades of conflict have turned Afghanistan into one of the most dangerous places in the world for children and their mothers to live, according to media reports.

US Military Personnel Disciplined for Hospital Attack in Afghanistan