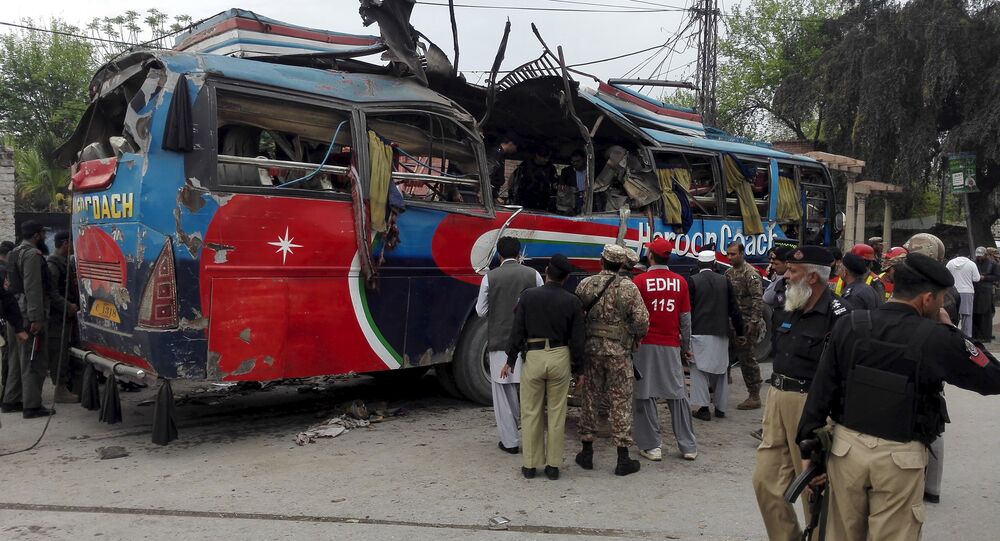 Russia supports the efforts of the Pakistani authorities to combat terrorism and is interested in enhancing cooperation in the anti-terror sphere, Russian President Vladimir Putin said.

MOSCOW (Sputnik) — On Sunday, a suicide blast in Gulshan-i-Iqbal Park, located in Iqbal Town area of Lahore in eastern Pakistan, left at least 70 people killed and over 300 injured, mainly women and children. A Pakistani faction of the Taliban has claimed responsibility for the attack.

"The Russian side supports the efforts of the Pakistani authorities to combat the terrorist threat and is interested in further enhancing the international cooperation in the anti-terror field, both at the regional and global levels," the Kremlin press service quoted Putin as saying.

© AFP 2020 / STRDEL
Police Identify Suicide Bomber Behind Terrorist Attack in Lahore, Pakistan
The Russian president expressed confidence that all persons behind the recent terrorist attack in Lahore would bear the deserved punishment.

In February, Kremlin spokesman Dmitry Peskov said that Russia highly valued anti-terror cooperation with Pakistan as a key player in the field.

At Least 15 Killed in Bomb Attack Targeting Bus in Pakistan