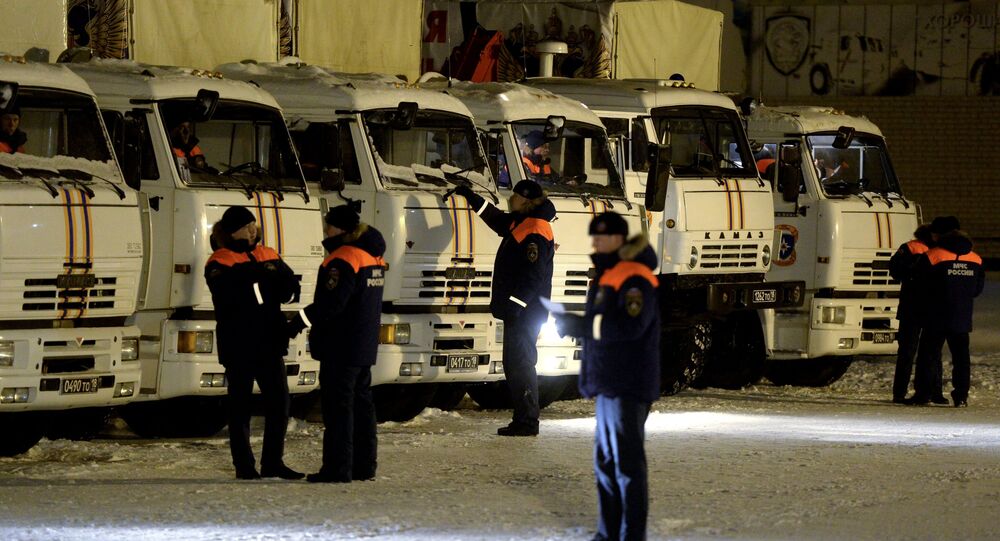 MOSCOW (Sputnik) — The emergencies minister clarified that the date was being coordinated with the Ukrainian authorities and international organizations.

"The forming of the convoy has begun presently <…> The date of dispatch has not been specified yet," Puchkov told reporters.

© Sputnik / Gennady Dubovoy
Moscow Seriously Concerned Over Threat of Hostilites Escalation in Donbass - Russia's OSCE Envoy
He added that the situation in the Donbas region was normalizing.

"The infrastructure is improving, the work of economy structures is being restored. This is a very difficult mission," Puchkov added.

Ukraine's southeast has been severely affected by Kiev’s special military operation, launched in April 2014. The operation was a response to local residents' refusal to recognize the new coup-installed government in the country.

Overall, Russia has sent more than 59,000 tons of humanitarian aid to Donbas since August 2014.

Moscow Disagrees With UN Report on Rights Situation in Donbass