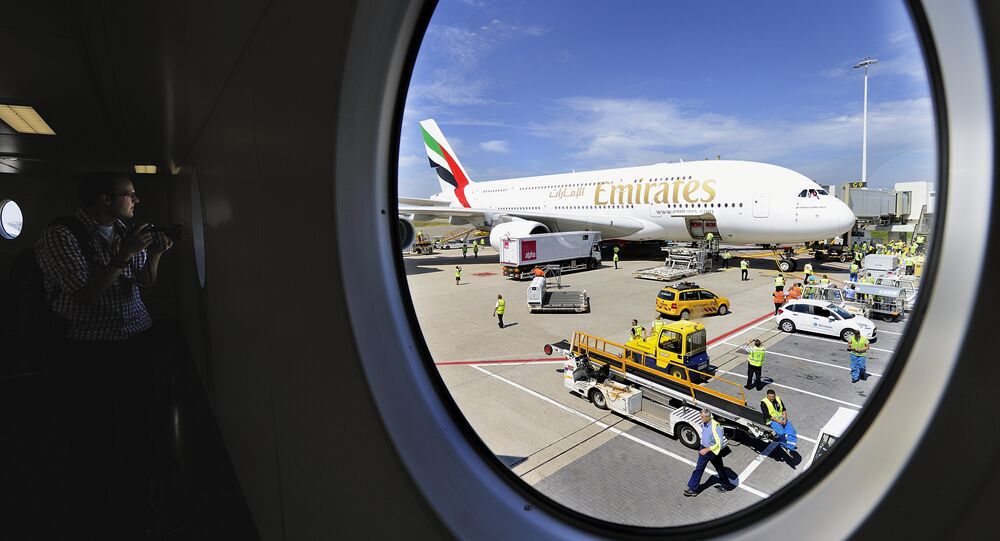 Fatigue poses a growing threat to the safety record of the aviation industry, the president of the International Federation of Air Line Pilots' Associations (IFALPA) told Sputnik on Friday, commenting on media reports claiming that pilots of the Emirates Airline were complaining of overwork and fatigue.

MOSCOW (Sputnik) – Earlier in the day, the RT television channel released its interviews with Emirates’ pilots who claimed that the airline was deliberately miscalculating the time that a pilot spent at work, leading to increased workloads. Some pilots do not get enough time to sleep and are punished if they are sick, while many leave the airline leading to remaining pilots facing even more workload, according to the broadcaster’s investigation.

“Fatigue is an insidious and debilitating condition which, by definition, is difficult for the individual to detect in themselves. Many Aviation Authorities have the prevention of fatigue in crew as one of their highest priorities for action and IFALPA believes it is a growing threat to the industry's fantastic safety record,” Captain Martin Chalk said.

© Flickr / Simon_sees
Not Only in FlyDubai: Emirates Airline Pilots Complain About Overwork
Captain Chalk reminded that International Civil Aviation Organization’s (ICAO) Standards and Recommended Practices required that "The State of the Operator shall establish regulations for the purpose of managing fatigue. These regulations shall be based upon scientific principles and knowledge, with the aim of ensuring that flight and cabin crew members are performing at an adequate level of alertness.”

This is not the first time issues of fatigue and overworking at a Dubai-based airline have been flagged up in recent days. Earlier this week, a FlyDubai pilot told RT that pilot’s fatigue could have been the reason behind the crash of a FlyDubai flight in Russia’s Rostov-on-Don on March 19.

In a statement on that accident, IFALPA urged to avoid speculation to allow the investigators complete their work without interference. Captain Chalk stressed that his comments on fatigue were general, and did not relate to the FlyDubai accident in Rostov.