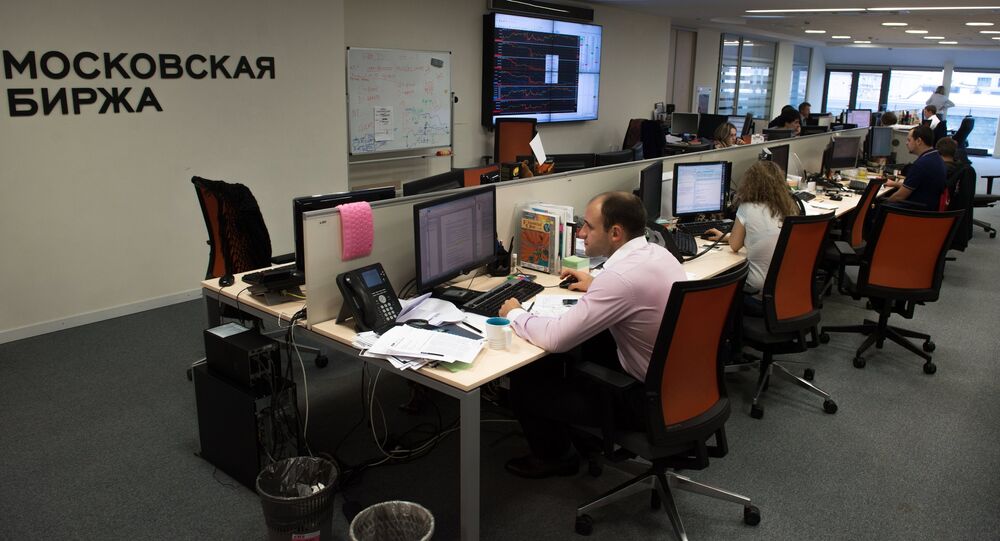 Some European banks may miss out on a potentially lucrative Russian sovereign bond issue worth $3 billion, because of orders from officials in Washington and Brussels not to take part in the deal, The Wall Street Journal reported.

© Sputnik / Alexandr Demyanchuk
Banking on Growth: American Millionaire Sets Sights on Rise of the Ruble
Some European banks have ruled themselves out of taking part in Russia's issue of $3 billion worth of Eurobonds this year because they are "unwilling to upset US and European authorities," who have imposed sanctions on Russian companies and individuals, The Wall Street Journal reported.

According to the report, the authorities believe that the money could be used to offer financing to Russian companies that have been affected by sanctions, and have pressured banks in the EU and US not to participate.

However, the Russian Federation is not a sanctioned entity, so US or EU banks would not be breaking the law if they ignored the pressure and took part in the sale.

Officials in Russia's Finance Ministry are confident of raising the $3 billion despite the pressure; this year's bond issue is Russia's first since a $7 billion issue of Eurobonds in September 2013, a deal that was organized by a number of banks including Barclays, Royal Bank of Scotland, Deutsche Bank, Gazprombank, Renaissance Capital and VTB Capital.

The Wall Street Journal reported that Russian bonds delivered a return of 21.1 percent for investors last year, making them one of the top performers among 65 emerging countries that J.P. Morgan tracks.

"Russia's creditworthiness is not in doubt, so its sovereign bonds are a sufficiently reliable and profitable instrument for investment and there should be interest from investors," Kostin said.

© REUTERS / Sergei Karpukhin
Sanctions Test: Can the West's Bankers Resist Russia's New $3Bln Bond Issue?
Earlier this month Finance Ministry spokesman Konstantin Vishkovskiy told RIA Novosti that Russia may issue the bonds in one tranche or in several tranches with different terms of maturity, and that in spite of caution from some banks in Europe and the US, the Eurobonds sale is set to go ahead using Russian infrastructure, and even Chinese yuan rather than dollars or euros.

"Three billion dollars is a quite a modest sum, in our opinion. Attracting that amount is possible in one issue, and in several issues of different maturities and currencies," Vishkovskiy said.

Earlier this month China's Industrial and Commercial Bank (ICBC) said it has filed a request to issue the Eurobonds, to be listed on Russian and Chinese financial markets.

""We took part in the bidding contest to issue Russian Eurobonds, and we have filed a request to the [Russian] Finance Ministry," Weijie Lang, the vice president of ICBC Moscow, told reporters.