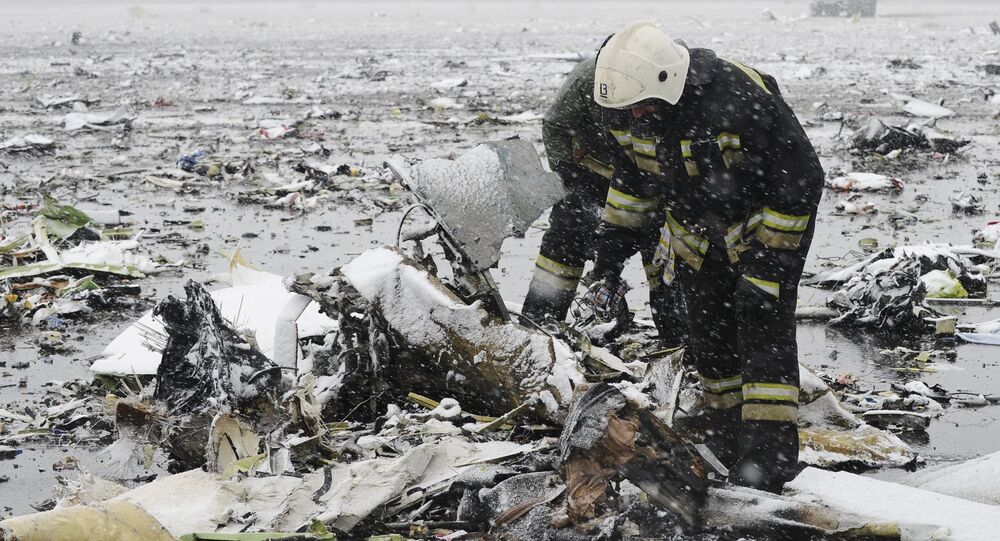 The final segment of the flight path of the crashed Boeing 737-800 plane remains undetermined, the Russian Izvestia newspaper reports citing a source close to the investigation.

© Sputnik / Stringer
Boeing 737 Engine Designer Rules Out Engine Failure Amid FlyDubai Jet Crash
MOSCOW (Sputnik) – Difficulties in mapping out the flight trajectory are caused by a lack of landing radar data, the source told the newspaper on Thursday.

FlyDubai Boeing 737-800 crashed while landing at Russia’s Rostov-on-Don airport on Saturday, killing all 62 people on board.

The Russian Investigative Committee has been working to determine the cause of the crash together with Moscow-based Interstate Aviation Committee (IAC or MAK). They are expected to be joined by foreign experts.

On Monday, the Russian Rossiyskaya Gazeta newspaper, citing sources familiar with the investigation, reported that the crash could have been caused by the plane steering gear getting locked because of low temperatures.