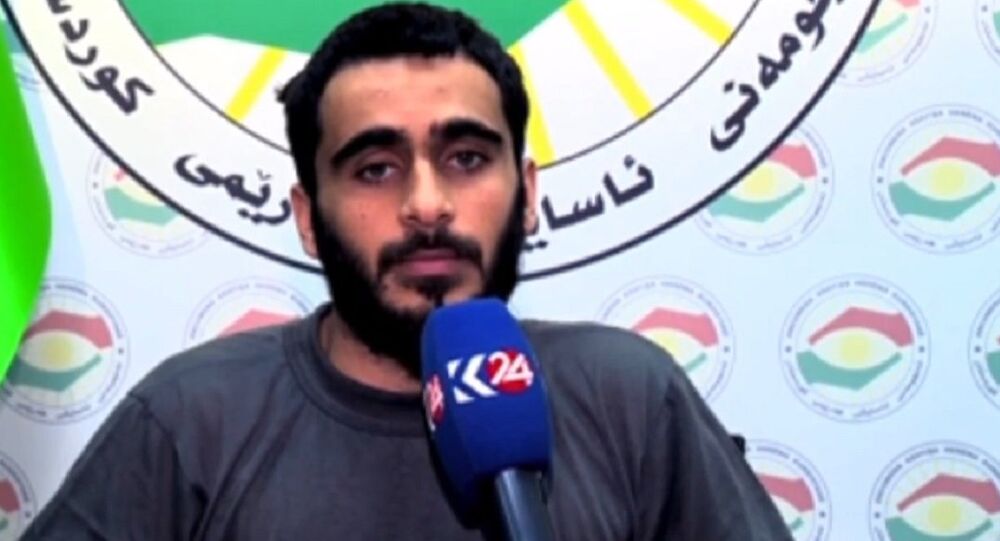 A US citizen who reportedly deserted from Daesh militant group had labeled his decision to join terrorists as a bad one and said the group did not "represent the religion."

According to Khweis, a US national from a family of Palestinian immigrants, he left for Europe in late 2015 and then headed to Turkey where he met a girl from Iraq who convinced him to go to Daesh-captured territories.

"I made a bad decision to go with the girl and go to Mosul [an Iraqi city seized by IS in 2014]. Daesh, ISIS, ISIL, they don't represent the religion," Khweis said in an interview with the Kurdistan 24 television, rebroadcast by the NBC.

Khweis expressed his desire to return to the United States, but it is yet unclear whether Washington will send a request to Baghdad agreeing to accept him.

Daesh group is outlawed in Russia, the United States and several other countries. The group has occupied large areas in Iraq and Syria since 2014. More than 36,000 foreign fighters have joined the Islamic State, according to US intelligence estimates.