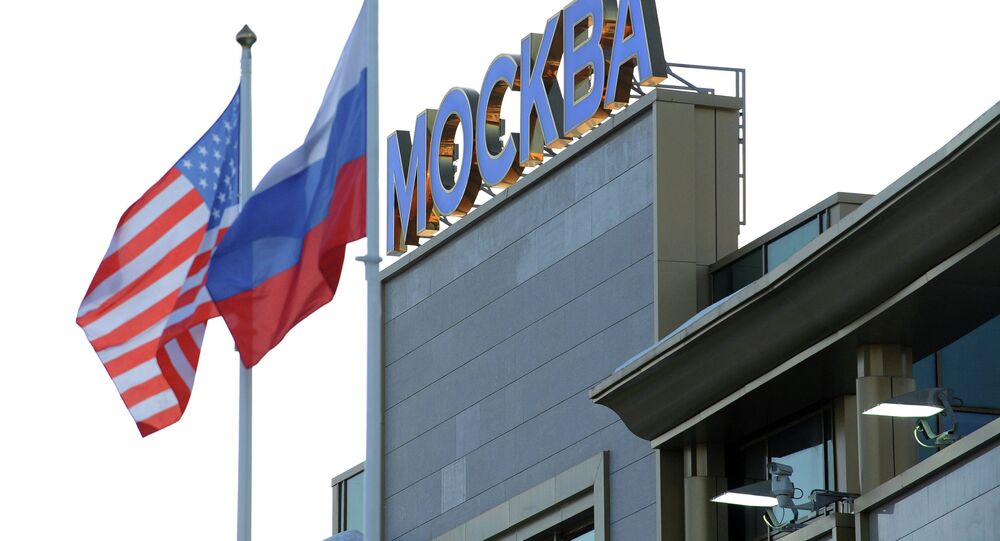 Washington will not lift the anti-Russian sanctions until Moscow decides to “return Crimea to Ukraine”.

MOSCOW (Sputnik) — Washington will not lift the sanctions imposed after the reunification of Crimea with Russia until Moscow decides to “return Crimea to Ukraine,” the spokesman for the US State Department said.

Crimea, which has a predominately ethnically-Russian population, seceded from Ukraine to rejoin Russia two years ago following a referendum on March 16 in which over 96 percent of voters supported the move.

“We will not accept the redrawing of borders by force in the 21st century. Sanctions related to Crimea will remain in place as long as the occupation continues. We again call on Russia to end that occupation and return Crimea to Ukraine,” John Kirby said in a statement Wednesday.

© Photo : Inteza bank
Win-Win: Lifting Anti-Russian Sanctions Is Good for Peace and Good for Trade
He added that Washington remains committed to “a united, sovereign Ukraine.”

In 2014, the United States, the European Union and some of their allies imposed a series of economic sanctions targeting key Russian sectors as well as a number of individuals and entities over Russia’s reunification with Crimea and its alleged interference in the conflict between Kiev and independence supporters in eastern Ukraine, denied by Moscow.

Russia Has No Intention of Asking EU for Sanctions Relief