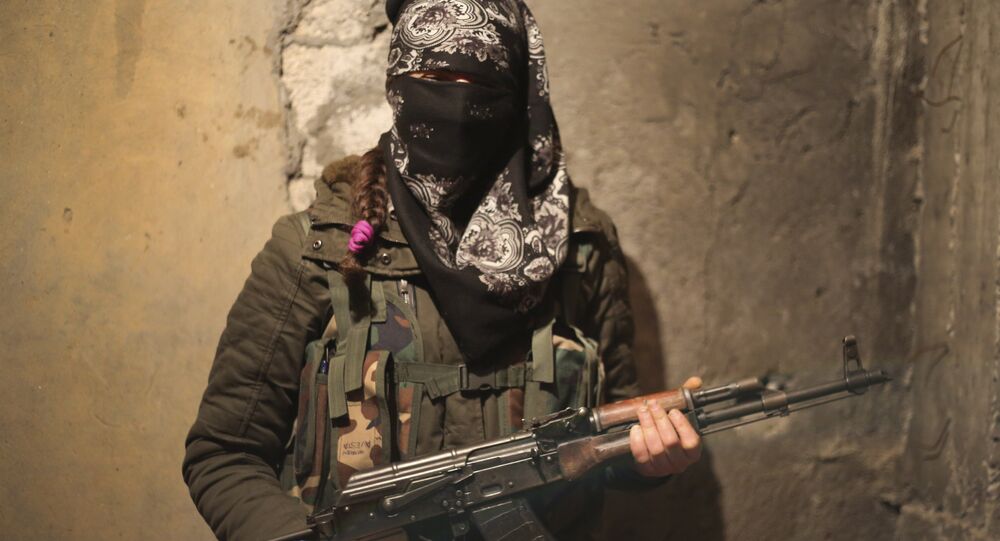 The female suicide bomber behind Ankara attack was a member of the Kurdistan Workers' Party (PKK) and was trained by Syrian Kurds, the Turkish Interior Ministry said in a statement Tuesday.

ANKARA, March 15 (Sputnik) — A car bomb exploded late on Sunday at a bus stop in central Ankara, leaving at least 37 dead and over 120 injured.

"The [female] suicide bomber, who carried out the terrorist act in Ankara, Seher Cagla Demir, born in 1992, was in the PKK and had been trained in self-defense forces of Syrian Kurds," the statement reads.

Turkish media reported earlier that Cagla Demir had been on trial, along with four female co-accused, for PKK membership and spreading terrorist propaganda. The second blast suspect was reportedly a male Turkish citizen with links to the Kurdish militants.