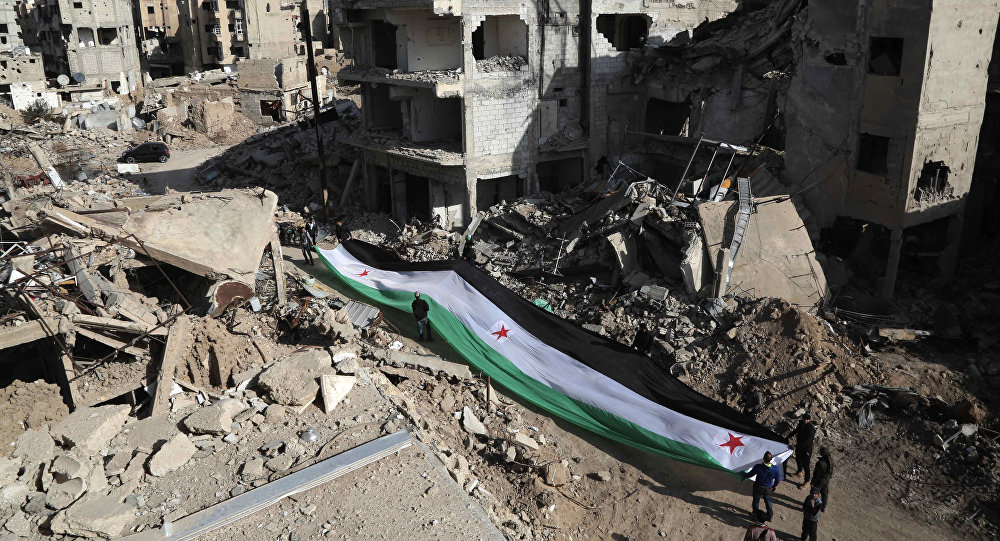 Those responsible for committing war crimes in Syria should be held accountable, justice should not wait for the final peace deal between the warring sides, the chair of the UN Human Rights Council's commission of inquiry on Syria said in a statement Tuesday.

MOSCOW (Sputnik) — Pinheiro urged all parties to the conflict to immediately reinforce respect for the rule of law and human rights.

"The adoption of measures that lay the ground for accountability need not and should not wait for a final peace agreement to be reached," Paulo Sergio Pinheiro said.

"They can do so by agreeing to confidence building measures that address core concerns of Syrians at the local level such the unconditional and immediate release of all prisoners arbitrarily detained, including women and children. They should allow monitoring of detention centres, including makeshift and secret sites, by internationally recognized organizations. And they can establish mechanisms to deal with cases of missing and disappeared persons," the commission's chair added.

© Sputnik / Michael Alaeddin
Future in Peril: Syrian Refugee Children Suffer From PTSD
Pinheiro pointed out that his commission "impartially and independently" documented violations of the laws of war and human rights by all sides.

"When we speak with the victims whose lives have been torn apart by this conflict, their message is clear. They want peace. And they demand justice. The Commission strongly supports credible international and domestic criminal proceedings as a means of fighting impunity," the statement reads.

Syria has been mired in civil war since 2011, with government forces loyal to Syrian President Bashar Assad fighting numerous opposition factions and extremist groups, such as Islamic State, which is banned in several countries, including Russia.

On February 22, Russia and the United States reached an agreement on a ceasefire in Syria. The UNSC unanimously adopted Resolution 2268, endorsing the Russia-US agreement on the cessation of hostilities in Syria on February 26. The ceasefire took effect on February 27. It does not apply to terrorist groups operating in the country.