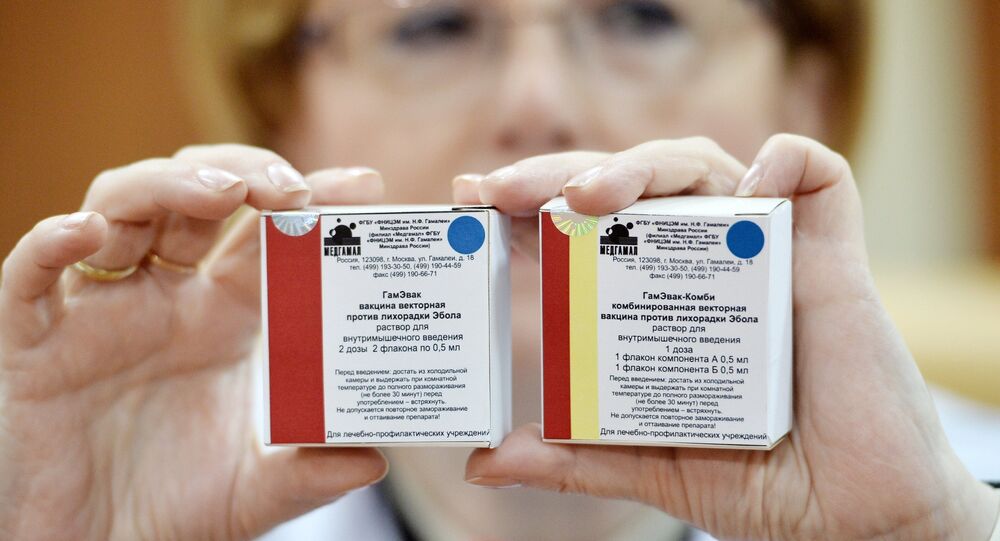 "The Russian side has prepared all the documents legally certified to conduct field trials. Today, the documents will be handed over to the Guinean side," Skvortsova said at a conference on Russia’s efforts in tackling Ebola.

© Sputnik / Ramil Sitdikov
US, France Show Interest in Cooperation on Russian Ebola Vaccine
The tests are scheduled to be conducted in the fall of this year.

In January, Skvortsova said that two anti-Ebola vaccines had been developed in Russia and tested by specialists from both Russia's Health and Defense ministries, adding that their efficiency exceeded foreign analogues.

The most recent Ebola outbreak began in December 2013, spreading across Western Africa from Guinea to Liberia and Sierra Leone, killing over 11,000 people in these three countries.