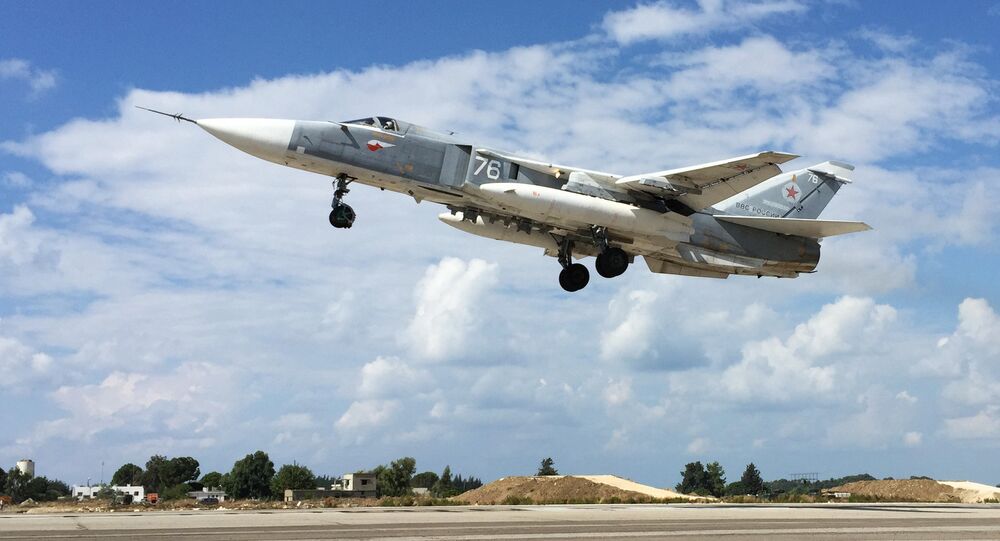 The first group of Russian aircraft has left Hmeymim airbase in Syria and is heading home to Russia, the Russian Defense Ministry said Tuesday.

“The first group of Russian aircraft from the Hmeimim Airbase has departed for home bases in the Russian Federation. The group consists of the ‘leader,’ a Tu-154 [transport aircraft], and multirole Su-34 [Fullback] bombers,” the Defense Ministry said in a press release.

© Sputnik / Ramil Sitdikov
Mission Accomplished: Russia's Pullout From Syria Signals Political Victory
The Defense Ministry said that each group would be led by a transport plane, either a Tu-254 or Il-76, carrying personnel and equipment and would be followed by combat jets.

Earlier on Monday, Putin announced that the Russian armed forces had fulfilled their mission in Syria and their withdrawal would begin the following day.