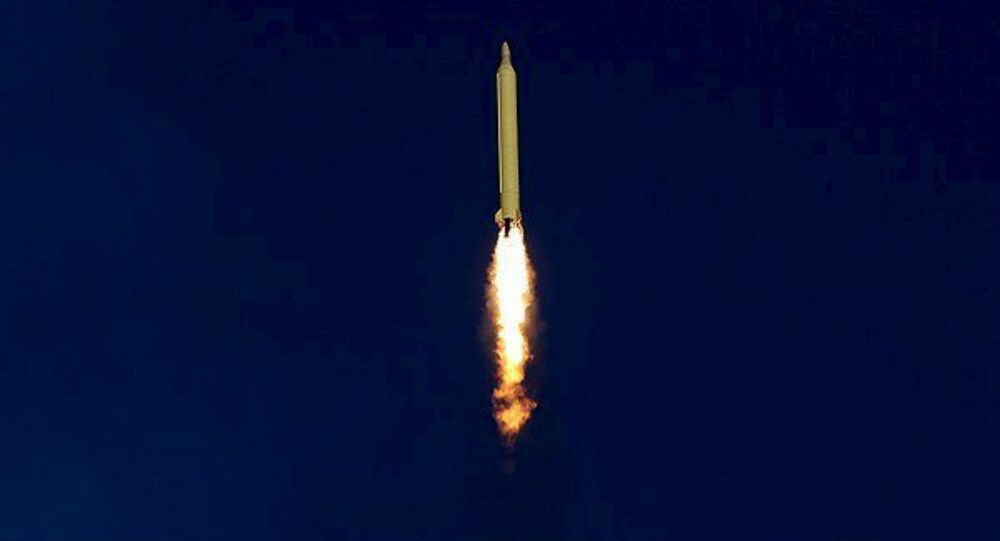 US to Continue Pushing for UNSC Response on Iran Missile Tests

US envoy to the United Nations Samantha Power said that Washington will continue to push the UN Security Council to assess Iran's recent ballistic tests.

© REUTERS / farsnews.com
Iran Missile Tests ‘Not Violation’ of Security Council Resolution - Envoy
WASHINGTON (Sputnik) — The United States will keep on pressing to obtain a response by the UN Security Council on the issue of Iran’s ballistic missile tests, US envoy to the United Nations Samantha Power told reporters following consultations on Iran.

"We will continue to push in the Security Council in the [Resolution] 2231 format, bring forward the technical information — that Iran itself has made public — showing that the technology they used is inherently capable of delivering nuclear weapons and thus inherently defying Resolution 2231," Power said.

Power claimed the launches violated UN Security Council Resolution 2231, which calls on Iran not to engage in launching ballistic missiles that can be designed to carry and deliver nuclear warheads.

"This merits a [Security] Council response. The Council needs to take its responsibility and Russia seems to be lawyering its way to look for reasons not to act rather than stepping up and being prepared to shoulder our collective responsibility," Power maintained.

© REUTERS / Gonzalo Fuentes
French FM Warns of New Sanctions Against Tehran in Case of Ballistic Tests
Earlier in the day, Russia's Ambassador to the UN Vitaly Churkin said Tehran's missile tests did not violate UN Security Council Resolution 2231 because the resolution does not prohibit ballistic missile launches, but only calls on Iran to restrain itself from such activities.

The United States had called on the UN Security Council to meet to address Iran’s ballistic missile activities.