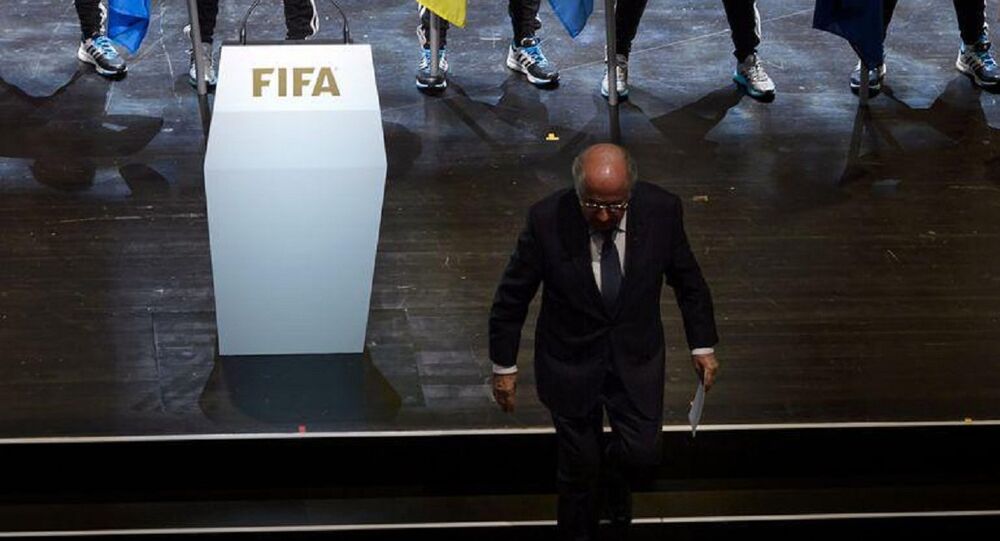 © AFP 2020 / STEPHANE DE SAKUTIN
FIFA Reduces Bans for Blatter, Platini to Six Years
MOSCOW (Sputnik) – On December 21, FIFA’s Independent Ethics Committee Adjudicatory Chamber banned Blatter and Platini, who was also FIFA Vice President, for eight years from all football-related activities because of Blatter making an alleged payment of some 2 million Swiss francs ($2.03 million at current exchange rates) to Platini at the expense of FIFA. However, later the ban was reduced to six years.

The German Frankfurter Allgemeine Sonntagszeitung newspaper reported Saturday that new accusations could be made against the former football officials in the context of another suspicious Blatter's payment to Platini to pay rent for his office in the French capital of Paris.

FIFA has been mired in a corruption scandal since early 2015. In May, several high-ranking FIFA officials were arrested in Zurich on corruption charges. Prosecutors have alleged widespread intra-FIFA corruption linked with World Cup bids and marketing and broadcasting rights.