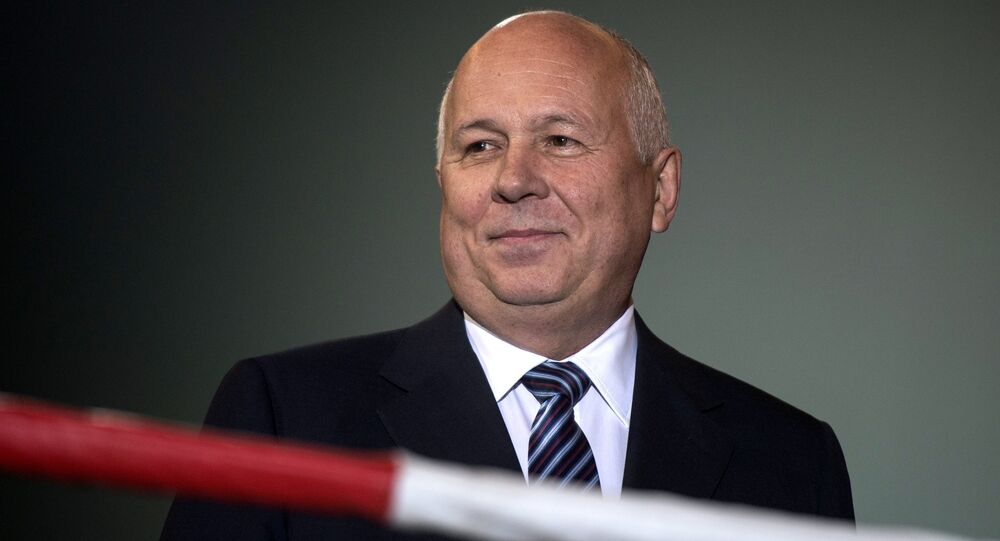 Moscow's loan to Tehran is intended for civilian projects, not for weapons purchases, the head of Russia’s state technologies corporation Rostec said.

© REUTERS / Mikhail Klimentyev/Kremlin
Russia Not Linking its Loan to Iran to Tehran's View on Freezing Oil Output
MOSCOW (Sputnik) — In November 2015, Moscow and Tehran reached a preliminary agreement on the allocation of $5-billion in credit to Iran during an official visit by Russian President Vladimir Putin to the country.

"The credit we gave out was not for weapons but for various civilian projects," Sergei Chemezov said in an interview with The Wall Street Journal published on Thursday.

He added that some of the money would be used to construct a thermoelectric power plant in Iran by Russia's engineering company Technopromexport, while other energy companies are due to receive the funding for the construction of grids under the loan agreement.

According to Chemezov, Tehran should finance its military projects with its own money.

Russia and Iran stepped up their cooperation in a number of spheres after Tehran reached a deal with six world powers to scale back its nuclear research in exchange for the easing of sanctions against it last summer.