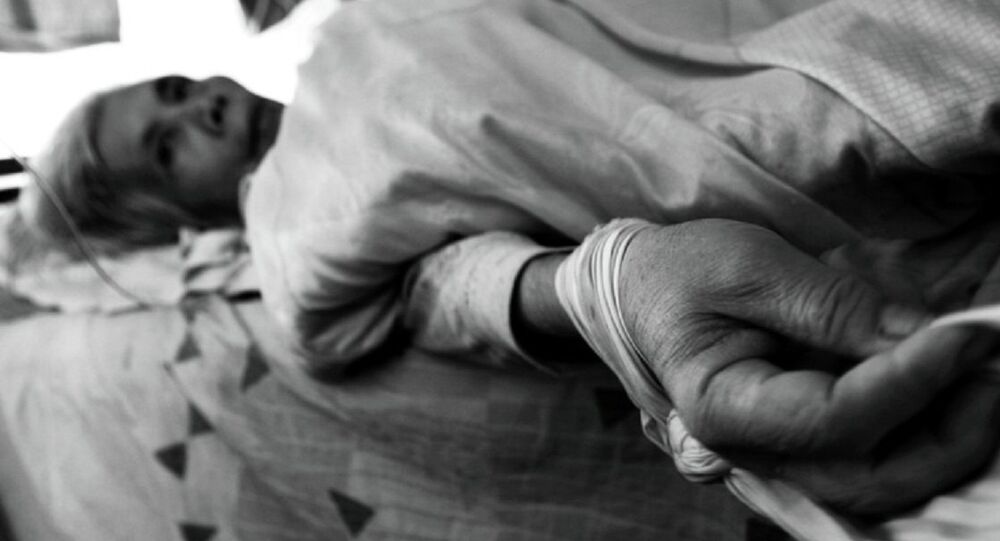 Renowned dementia experts say the time has come to acknowledge that Alzheimer's may be caused by viruses and bacteria and seek to expand research into the connection.

The authors, including specialists from Oxford and Cambridge Universities, believe that it is a viral or bacterial infection which is responsible for the buildup of sticky amyloid plaques and misfolded tau proteins in the human brain. These buildups and misfolds obstruct communication between neurons, leading to memory loss and cognitive decline.

"There is incontrovertible evidence that Alzheimer's Disease has a dormant microbial component. We can't keep ignoring all of the evidence," said Professor Douglas Kell of the University of Manchester's School of Chemistry.

© REUTERS / Paulo Whitaker
Business, Political Challenges Holding Back Anti-Virus Vaccine
According to the group of scientists, dormant viruses and bacteria are common in the brains of elderly people, and stress or an impaired immune system can stimulate an "awakening." Experts also observe that there appear to be more of the microbes in the brains of people who have died with Alzheimer's disease.

It is already known that viral infections in the brain cause symptoms similar to Alzheimer's, and specialists believe these viruses, and their correlation with Alzheimer's and other neurological diseases should have been investigated much earlier.

"We write to express our concern that one particular aspect of the disease has been neglected, even though treatment based on it might slow or arrest Alzheimer's disease progression," the editorial reads. "We propose that further research on the role of infectious agents in Alzheimer's disease causation, including prospective trials of antimicrobial therapy, is now justified."

© Flickr / Tico
Research Raises Hope of Brainwashing Cure for Alzheimer's
The experts noted that many people don't realize they have the herpes virus, a virus that the World Health Organization states infects some two-thirds of the world's population, because transmission of one of its forms doesn't require a person to have symptoms. Meanwhile, those people who do not display herpes symptoms have double the risk of developing Alzheimer's.

The virus is notorious for leading to personality change and mental decline as it damages the central nervous system and the limbic system in the brain, the network that regulates mood and instinct.

This doesn't mean, though, that people carrying the virus are doomed to lose their memory. Scientists are not unanimous in their views on the editorial's suggestions.

"This is a minority view in Alzheimer research," said John Hardy, professor of Neuroscience at University College London. "There had been no convincing proof of infections causing Alzheimer disease. We need always to keep an open mind but this editorial does not reflect what most researchers think about Alzheimer disease."

The authors of the editorial ask for further inquiry into the possibility that the new findings could also have implications for future treatment of Parkinson's Disease, and other progressive neurological diseases.