EU leaders are considering this request, which would double the funding until 2018, alongside Turkey’s initial request that Europe take in one refugee for each one Turkey takes in from Greece’s Aegean islands, an area which has been overrun by refugees in recent weeks.

On Monday, Ankara instead held the European delegation hostage by offering greater assistance to the EU, but at a much higher price.

Specifically, Ankara is now requesting an additional 20 billion euros ($22.02 billion), an acceleration to membership into the EU, and visa-free travel for its citizens, in exchange for helping Europe in its refugee crisis.

"Turkey is ready to be a member of the EU as well," Prime Minister Davutoglu opened by saying. "Today, I hope this summit will not just focus on irregular migration but also the Turkish accession process to the EU."

Members of the European delegation were highly skeptical of accelerating Turkey’s EU ascension, citing their concern about human rights and press freedom in Turkey. But the EU remains captive to Ankara’s demands as the refugee crisis threatens domestic political fortunes in the bloc.

Loud & Clear host Brian Becker spoke with political analyst Eric Draitser of Stopimperialism.org hour before the EU-Turkey emergency refugee summit in Brussels to examine what Ankara looked to gain from the summit.

The European Union wants Turkey to stop the flow of refugees, but what will Turkey ask for in return?

"There are really two separate questions,” explains Draitser. “First, Turkey will be asked to make a renewed effort to stem the flow of refugees and will request from the EU the tools to provide safe passage, temporary housing, and necessities to those refugees."

More concerning, however, is a quiet discussion on the sidelines of the EU-Turkey summit with regard to how Ankara can leverage the refugee crisis to get the European Union to subsidize Turkey’s regional and political ambitions.

"The strategic machinations behind the scenes are to ensure that Europe and the United States would back Turkey’s operations and strategy vis-à-vis Syria including Turkey’s vicious and arguably criminal war against the Kurds both in their own country and Syria," says Draitser. 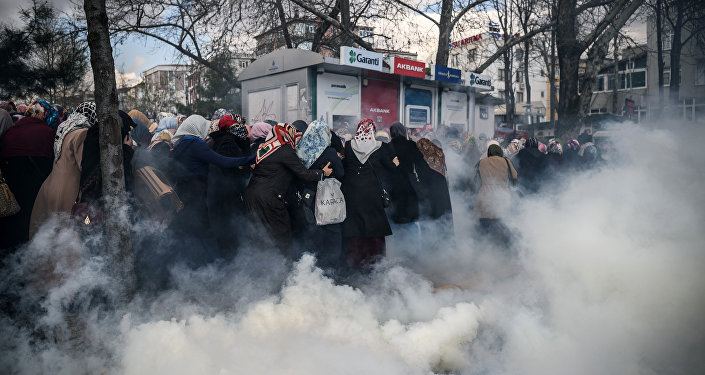 According to him, Turkey’s regional focus is not limited to the Kurds, but centered on a strategy to induce regime change in Syria through Ankara’s material support to various terrorist organizations.

"Turkey is trying to maneuver the refugee issue to force Europe into not only embracing Turkey as an economic partner but also into subsidizing Turkey’s plans for regional hegemony," Draitser suggests, adding that, at issue is a "neo-Ottoman strategy that Erdogan and Prime Minister Davutoğlu have been pursuing since they got into power."

What about Turkey’s aspirations for ascension into the EU?

Ankara’s vision of regional dominance requires the continuing destabilization of the Middle East, as their only real relevance to Europe rests primarily in the management of the current refugee crisis, a dramatic shift from previous years. Previously, Turkey aspired to ascension into the EU. After being refused, they pivoted toward Russia with the "Turkstream pipeline." However, Draitser explains, Erdogan now has an unexpected and welcome leverage over Europe and the US. 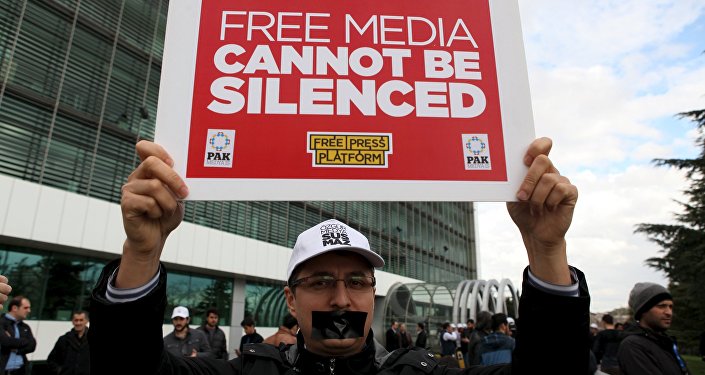 Turkey’s importance to the European Union only grows with the rise of "outright fascists" and "ultraconservatives" in countries throughout Europe, ranging from less influential member states like Ukraine, Hungary, and Greece, to the ascendancy of far right and nationalist sentiments within the power states of Britain, France, and Germany. "You have a proliferation of Nazis like during the Golden Dawn in Greece," the country most heavily impacted in the European refugee crisis, explains Draitser.

How is the EU responding to increasing far-right Islamophobia?

In response to the increasing militancy of the far-right in Europe, "officials are now making inflammatory statements directly in opposition to the tenor of the discussion six months ago," states Draitser. Just last week, the President of the European Council, Donald Tusk, said in a statement to "potential illegal economic migrants," that they "should not come to Europe, should not believe the smugglers, and should not risk their lives and their money, it is all for nothing."

"This has dangerous implications and one has to be taken aback at just how reactionary the politics in Europe has become," says Draitser. "There is racist scapegoating, rampant Islamophobia, and this is being fed into, in a very hysterical way, by some of the European tabloids and by the media apparatus."

This is a dramatic shift in tone from six months ago when European leaders, including German Chancellor Angela Merkel, said, "Yes, you are welcome. Come, we will find a way to give you asylum, to resettle you, to possibly give you employment." Instead, at the present time, European officials berate refugees as “economic migrants” ignoring the fact that "those countries that are part of the NATO alliance are directly responsible for the destruction of Libya, Syria, and Afghanistan where these refugees are streaming in from."

Draitser takes offense at the changed rhetorical reference from "refugee" to "economic migrant."

"According to the EU," he states, "an economic migrant is not only somebody coming to a country for a higher wage, but it now includes somebody whose country has been utterly obliterated, the economic infrastructure destroyed, and any opportunity to safely feed his or her family outright taken away from them."

He argues that the governments of most European countries are not overwhelmed by refugees, but are rather intentionally exacerbating the problem for political gain. "I outright reject the so-called destabilization of Europe by this number of refugees, if you look at the numbers they are a tiny fraction of the total EU population."

Draitser points out that by "cutting off a path for refugees to find some economic future, some peace, [European governments] are not only exacerbating the crisis, but giving political capitalist to the ultra-nationalist, right wing extremists, to the Islamophobic segments of society." 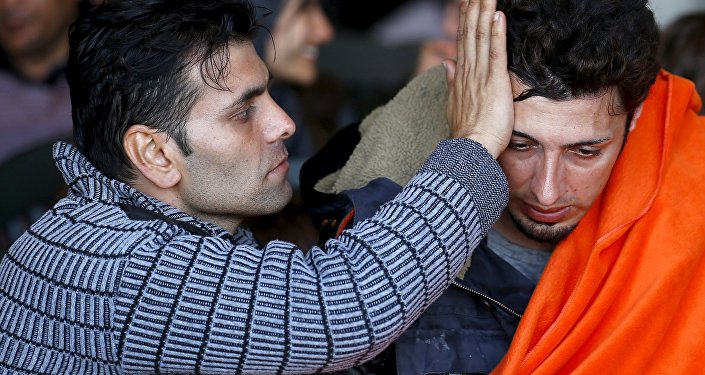 How does Europe’s mismanagement of the refugee crisis play into today’s emergency summit?

As Europe continues to "fall prey to a growing extremist rhetoric," Turkey sits in the catbird seat, navigating the entirety of the Western military apparatus to exact a strategic imperative.

In Europe, the domestic narrative has shifted from Merkel’s acceptance of refugees and open borders toward a vision of closed-border nationalism. In that environment, EU leaders look ready to barter away international stability to the machinations of Turkey’s increasingly paranoid President Erdogan, in exchange for blocking refugees.