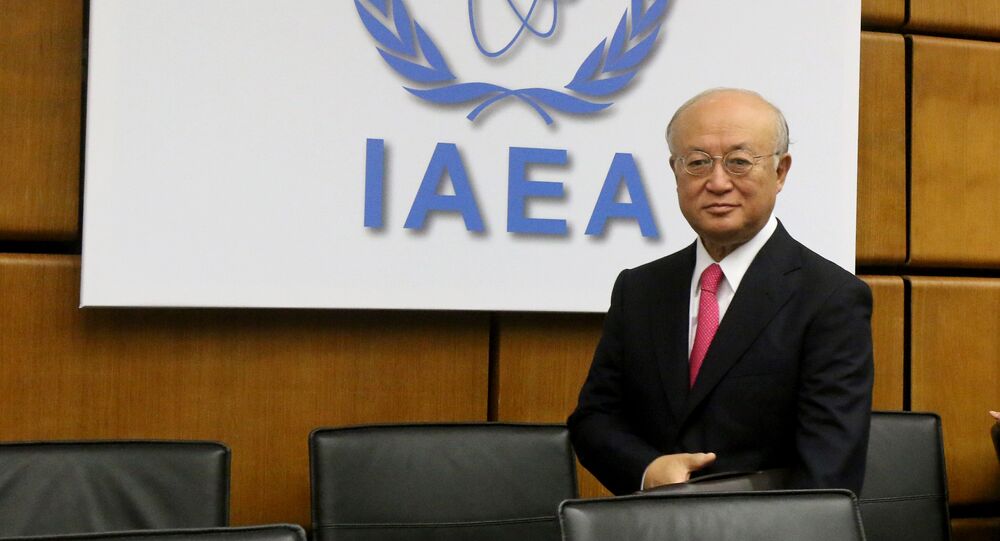 IAEA chief Yukiya Amano said that International Atomic Energy Agency has yet to assess the existence of undeclared nuclear activities in Iran.

"The additional protocol between Iran and IAEA has just started to be implemented, since 16 of January. And normally within 180 days the country has to send the declaration. After that the IAEA reviews the declaration and may ask questions or seek clarifications. At this stage only one month has passed and it is too early to say," Amano told reporters.

The Additional Protocol to the Joint Comprehensive Plan of Action, reached between Iran and the international community in 2015, allows IAEA inspectors to access Iran's nuclear sites suspected of potentially breaching the deal.

In July 2015, Tehran and six international mediators, including Russia, the United States, China, France and the United Kingdom plus Germany, reached a historic deal on Iranian nuclear program, which guarantees the peaceful nature of its nuclear program in exchange for the termination of anti-Iran sanctions, in particular in the energy sector. In mid-January, an IAEA report verified Tehran’s compliance with the agreement.

In January, Amano presented the report, stating that the IAEA found to evidence of nuclear weapons development in Iran since 2009.