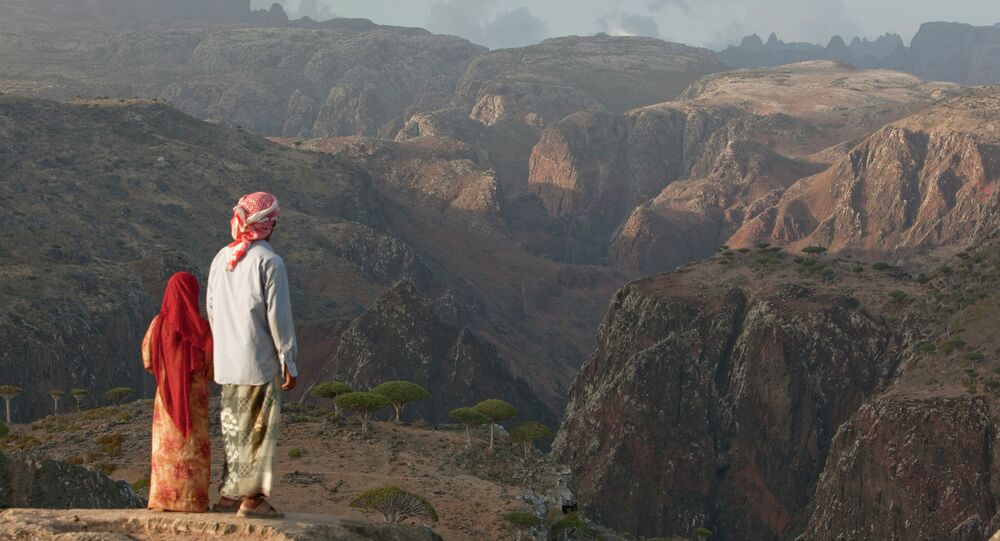 The civil war in Yemen will continue for an indeterminate period if the nation’s government insists on a political solution to the conflict before any cessation of hostilities, Russian Ambassador to the United Nations (UN) Vitaly Churkin told reporters.

UNITED NATIONS (Sputnik) — Yemen is engulfed in a military conflict between the Shia Houthis backed by Iran and government forces of President Abd Rabbuh Mansour Hadi, which is backed by Saudi Arabia and other Sunni Muslim nations in the Persian Gulf.

"We heard this is the position of the government, that they want a comprehensive solution before there is a ceasefire," Churkin said on the sidelines of a UN Security Council meeting on Thursday. "Let me try to be very careful here, if this is the case, then it is the recipe for continued fighting for a very long time."

"Now they’re talking about a humanitarian resolution," Churkin told reporters, referring to the 15-nation Security Council. "That’s fine with us, because there are numerous humanitarian problems. But something needs to be done on the political track."

According to Yemen’s Health Ministry, the bombardments have killed more than 7,000 people and injured more than 16,500.

The terrorist groups al Qaeda in the Arabian Peninsula, as well as fighters loyal to the Islamic State, or Daesh, have also waged attacks in Yemen.