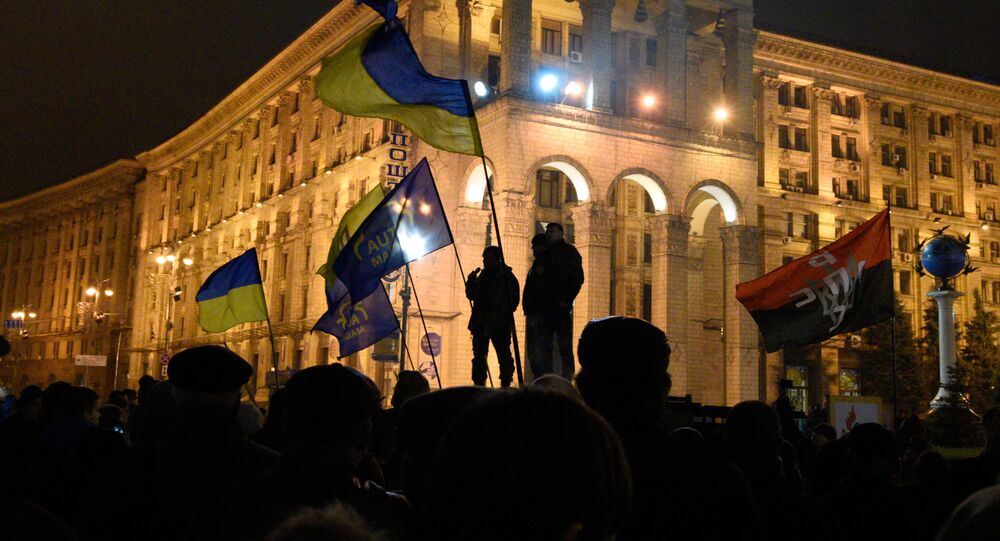 The Ukrainian authorities ignore the Office of the United Nations High Commissioner for Human Rights (OHCHR)'s appeals to investigate civilian massacres on Kiev's Maidan square and in the southern Ukrainian town of Odesa, a Russian human rights ombudsman said Thursday.

MOSCOW (Sputnik) — Earlier in the day, the United Nations Human Rights Monitoring Mission in Ukraine (HRMMU) published the report on the human rights situation in Ukraine.

"The UN report cites Kiev's unwillingness to investigate civilians' killings on Maidan and in Odesa. There are reiterated claims to punish those guilty and again there is no distinct reaction from the Ukrainian 'democratic' authorities to the demands to stop serious human rights violations and to punish criminals," Konstantin Dolgov, a special representative for human rights at Russia’s Foreign Ministry, wrote on his Twitter page.

© AFP 2021 / SERGEI SUPINSKY
Kiev Pledges to London Court to Defend Interests Over $3Bln Debt Lawsuit
In February 2014, violent clashes with law enforcement broke out in central Kiev's Independence Square, or Maidan Nezalezhnosti, claiming the lives of some 100 civilians. The protests spread across the state and led to a government coup, forcing then-President Viktor Yanukovych to flee the country.