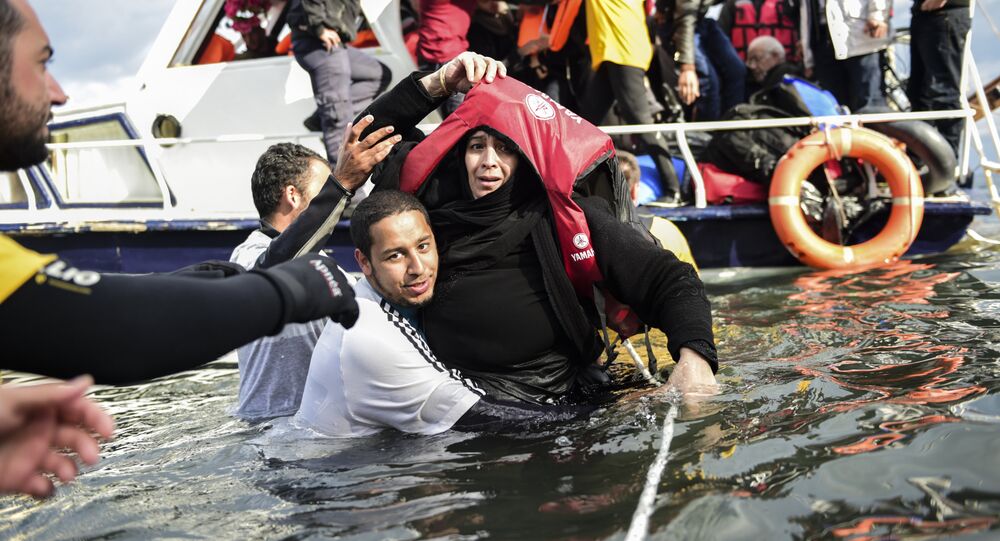 The refugee crisis is a question of managing the arrival of people in Europe, and not reducing the flow of migration, Melissa Fleming, spokeswoman for the UN's Refugee Agency, told Sputnik.

The majority of refugees arriving in Europe are from war-torn countries and the challenge facing Europe is managing their arrival rather than preventing it, Melissa Fleming, the Spokesperson for the Office of the United Nations High Commissioner for Refugees (UNHCR) and head of its Communications and Public Information Service, told Radio Sputnik.

​"We have been saying from the very beginning, it's not a question of reducing flows, it's a question of managing the situation when people arrive at the shores of Europe and this is where Europe has failed, though it has a very good plan that has not been implemented," Fleming said.

"I would really like to emphasize who are arriving, 85 percent are coming from Syria, from Iraq and from Afghanistan, they're fleeing situations where they cannot be returned, where they are deserving of claiming asylum and refugee protection."

"So what we're emphasizing is, please don't forget the people," Fleming urged.

"I was just on the island of Lesvos in Greece, and the mayor there told me, 'it's not the refugees that are the problem, the problem is the bombs that are falling on their houses.'"

© AFP 2021
UNHCR Decries 'Appalling' Conditions in Northern France Migrant Camps
Fleming said that proportionally more women and children have recently been arriving in Greece, with the assistance of people smugglers, possibly in response to announced restrictions on family reunification for refugees.

"We are urging and calling on not just Europe but other countries to increase the numbers of legal possibilities for people who are in need of asylum and refugee protection to be able to arrive, family reunification, resettlement, visas for students so that they don't have to take a dangerous boat and so there isn't such chaos in Europe."

© AP Photo / Geert Vanden Wijngaert
Not Ready for Refugees? Belgium May Fine Towns for Not Taking in Migrants
Fleming said that the migration crisis in Europe is also a result of poor conditions for refugees in countries such as Turkey, Jordan, and Lebanon, where millions of people have taken refuge from conflicts in their home countries.

"It's quite clear when they see no chance to go home, no end in sight for the war, their children are working in the fields and the streets instead of going to school, when there's an opening in Europe it's quite clear that they thought OK, it's better for me to try to get to a place where not only can I live in safety but I can put my kids in school and have the potential to work."

Merkel Warned of 'Profound Estrangement' of Coalition Over Refugee Row