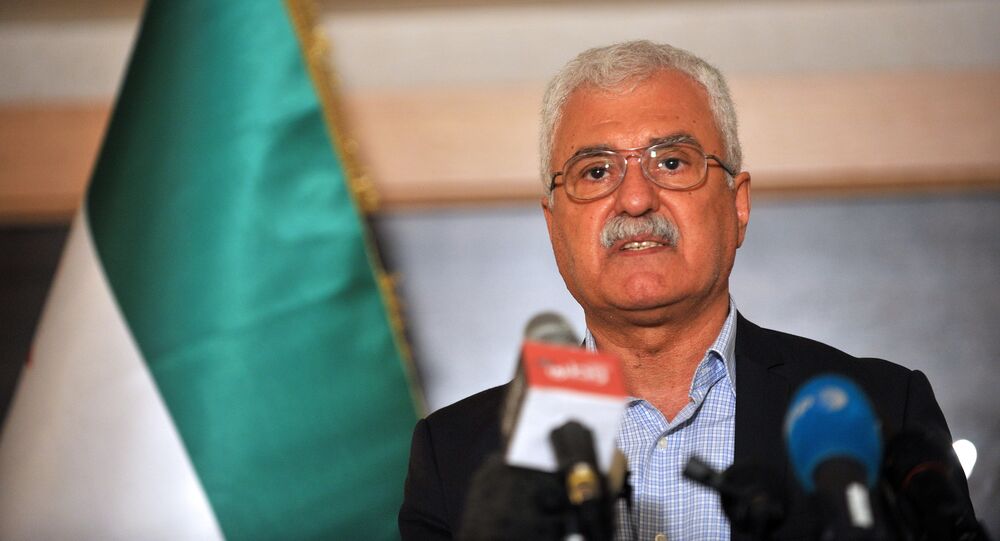 The Syrian opposition delegation from the High Negotiations Committee (HNC) will consider attending intra-Syrian talks in Geneva after the UN resolution on relief aid and the end of airstrikes in Syria takes effect, the deputy head of the delegation told Sputnik on Saturday.

© AFP 2021 / FABRICE COFFRINI
Moscow May Propose Meeting With Syrian Opposition Ahead of Geneva Peace Talks
CAIRO (Sputnik) – UN special envoy for Syria, Staffan de Mistura, said Friday that the talks on Syrian reconciliation will to resume on March 7, provided that the ceasefire brokered by Moscow and Washington holds.

"We have not decided yet if we will participate in the Geneva meeting. Our attendance depends on whether all sides [to the talks] deliver on their promises under Articles 12, 13, and 14 of the UN Resolution 2254," George Sabra said.

The deputy head of the opposition delegation added that his delegation had not been officially notified about the March 7 deadline for the start of the intra-Syrian talks. He could not confirm reports that Cairo was a tentative venue for an opposition meeting next month.

The UN Security Council Resolution 2254 was adopted last December. It reaffirmed the previous agreements to end the bombardment of civilians in Syria, bring the entire spectrum of political groups in the war-torn country to the negotiating table and promote a lasting political resolution to the crisis.

Government, Opposition Groups in Geneva Must Put Syria Before Own Interests