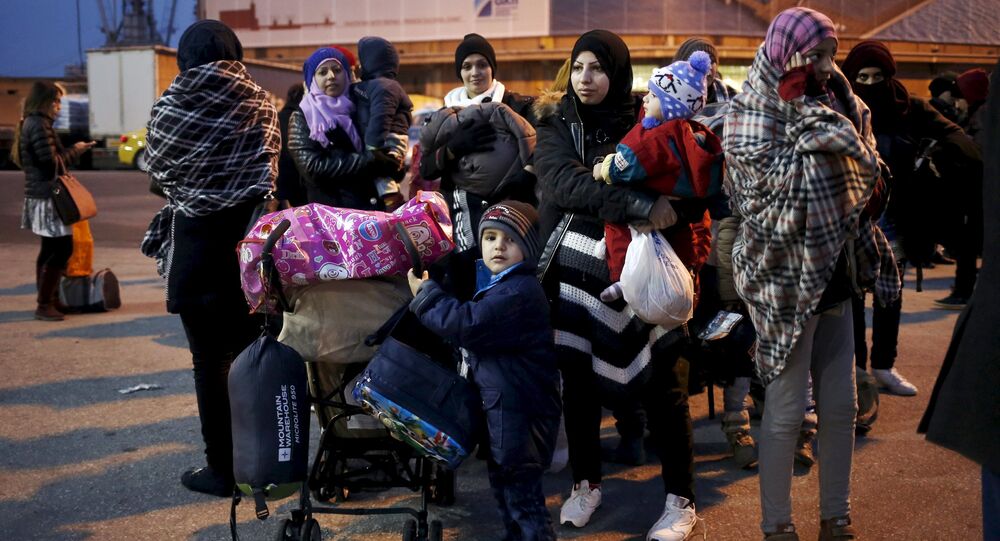 Afghanistan, Iraq, Pakistan Not Cooperating With EU on Migrant Repatriation

Greek lawmaker Makis Voridis said that because of the unwillingness of Kabul, Islamabad and Baghdad to cooperate, the European Union is facing a "huge" challenge, because it has no way to send these people back.

© REUTERS / Yannis Behrakis
EU Migration Chief Warns of 'Humanitarian Crisis' Amid Diplomatic Spat
VIENNA (Sputnik), Svetlana Alexandrova — Afghanistan, Iraq and Pakistan are not cooperating with the European Union on the repatriation of their citizens who are not eligible for asylum, while the number of such people in EU member states is "horrific," Greek lawmaker Makis Voridis told Sputnik on Friday.

"We have the Afghani authorities, the Pakistani authorities, the Iraqis who do not cooperate with the EU on relocating and repatriating their citizens… It is a true fact, they do not cooperate, if I show you the numbers, they are horrific. 500,000 coming in to Europe, 100,000 are going back to their countries," Voridis, who is a member of Greece's New Democracy Party, said.

© REUTERS / Michalis Karagiannis
Greek Envoy Recalled From Austria Over Exclusion From Vienna Talks
He added that because of the unwillingness of Kabul, Islamabad and Baghdad to cooperate, Brussels is facing a "huge" challenge, because it has no way to send these people back.

Europe has been beset by a massive refugee crisis, with hundreds of thousands of undocumented migrants fleeing their conflict-torn countries in the Middle East and North Africa to escape violence and poverty.