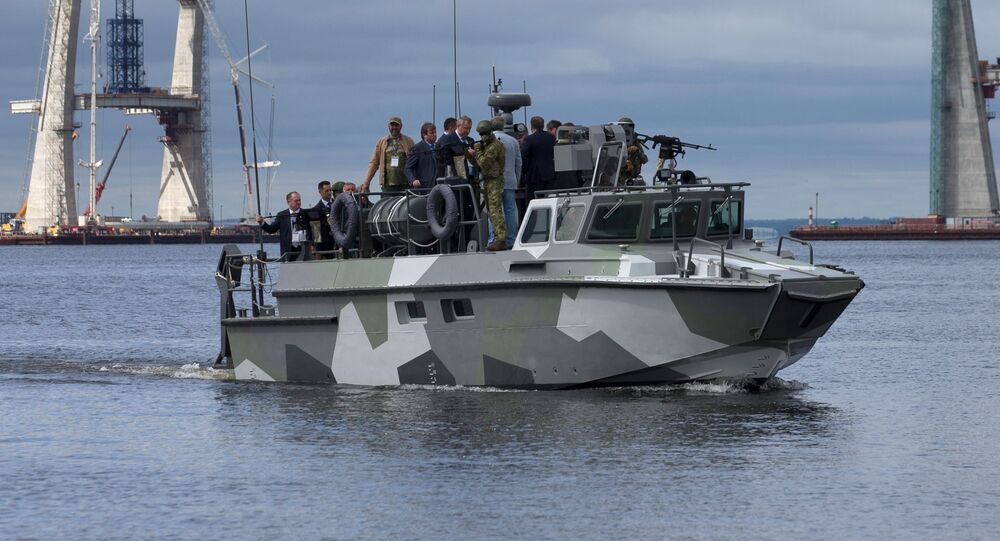 Russian Deputy Prime Minister Dmitry Rogozin said that the most important thing is to work with those who could provide cargo traffic along the Northern Sea Route.

MOSCOW (Sputnik) – Russian Deputy Prime Minister Dmitry Rogozin said on Friday that he hoped to prove to China the benefits of using the Northern Sea Route for shipping.

"The most important thing is to work with those who could provide cargo traffic along the Northern Sea Route. That is above all with giants such as China," Rogozin said in an address to lawmakers in the upper house of the Russian parliament.

"That is why we are planning, within the framework of our bilateral commission, for one of the meetings with my counterpart Vice Premier Wang Yang to take place in the Arctic region so that they can see and be persuaded about the safety and reliability of this route," Rogozin stressed.

Russia has been actively pursuing efforts to develop its Arctic territories, including hydrocarbon production and the development of the Northern Sea Route, which is gaining importance as an alternative to traditional routes from Europe to Asia.

State Grid Corporation of China to Expand Cooperation With Russia