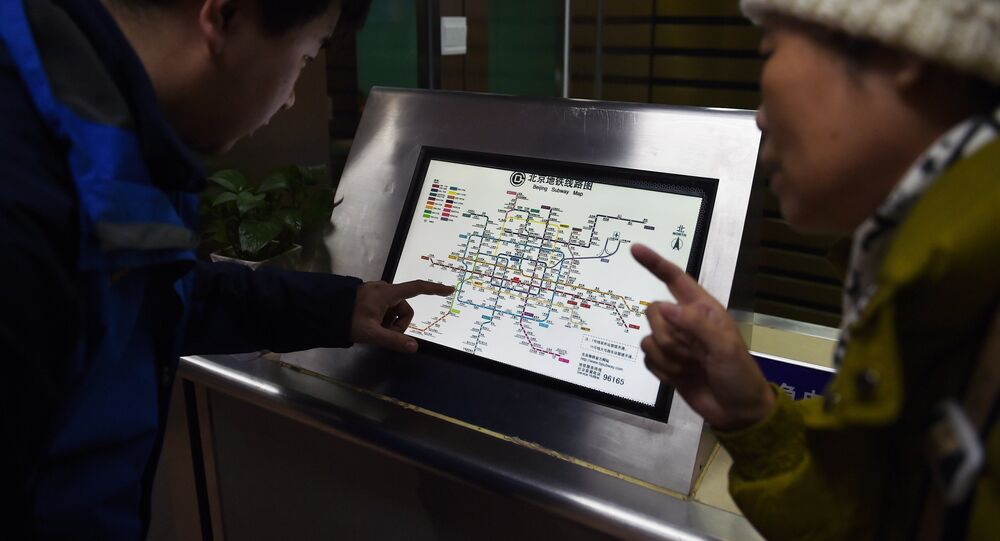 Public transport in the world's largest cities is 'beyond human cognitive limits,' scientists have found.

© Photo : Twitter/ Mephisto
Ready to Move In? Mystery ‘Furnished Apartment' Found In Berlin Subway
Systems of transportation in the world's biggest cities have become too complex for the human brain and give users "cognitive overload," scientists from the University of Oxford and Paris' Institut de Physique Theorique reported on Friday.

"Human cognitive capacity is limited, and cities and their transportation networks have grown to a point that they have reached a level of complexity that is beyond humans’ processing capability to navigate in them," they wrote in their article, entitled 'Lost in transportation: Information measures and cognitive limits in multilayer navigation.'

The researchers found that people's information limit for determining a trip in a transportation system is on the order of 8 bits, or no more than 250 connections. However, the actual amount of connections in the world's largest transportation networks is far higher; including all the layers of the transport network they counted 1,831 in Tokyo, 4,292 in Paris and 8,461 in New York City.

​​"The growth of transportation systems has yielded networks that are so entangled with each other and so complicated that a visual representation on a map becomes too complex and ultimately useless," they wrote, and recommended that transport agencies redesign maps and improve IT tools to decrease the amount of information to a level that humans can better process.

He suggested that that an individual can only maintain stable relationships with 150 people, about whom they can remember some personal details and history. His studies found that 150 was the typical size of hunter-gatherer societies, and continued to be the average size of a village in the Domesday book and in 18th century Britain.