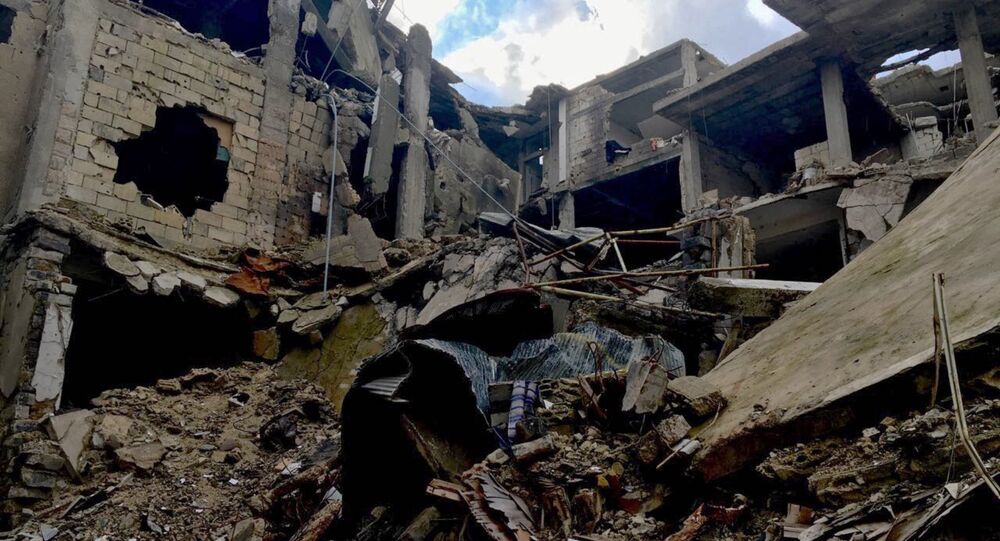 Russia and the United States agreed the document on the cessation of hostilities in the Syrian conflict, according to a source in the Syrian opposition delegation from the Moscow-Cairo group involved in the talks.

© Sputnik / Anton Denisov
Syria Support Group to Hold Expert-Level Meeting in Geneva on Saturday
MOSCOW (Sputnik) – The agreement on the document of the cessation of hostilities in Syria has been reached between Russia and the United States in Geneva and will need to be approved on the high level, a source in the Syrian opposition delegation from the Moscow-Cairo group involved in the talks said Saturday.

“The document on the cessation of hostilities [in the Syrian conflict] is ready, Russia and the United States have agreed. Its approval on the high level remains,” the source told RIA Novosti by telephone.

According to the source, the document “will go into effect one week after its approval.”

The source said that “Daesh [the Islamic State, which is prohibited in numerous countries including the United States and Russia] and the Nusra Front were excluded from the document.”

© AFP 2020 / Brendan SMIALOWSKI
Obama to Putin: Humanitarian Access to Besieged Areas of Syria Vital
Syria has been mired in civil war since 2011, with the country’s government fighting multiple opposition factions and extremist groups, including the Islamic State (ISIL or Daesh), which is outlawed in many countries, including Russia.

The International Syria Support Group (ISSG) meeting on February 11 resulted in a final communique calling for swift humanitarian access to all besieged areas in Syria, and set a one-week deadline for measures to be implemented toward the "cessation of hostilities" in the country.