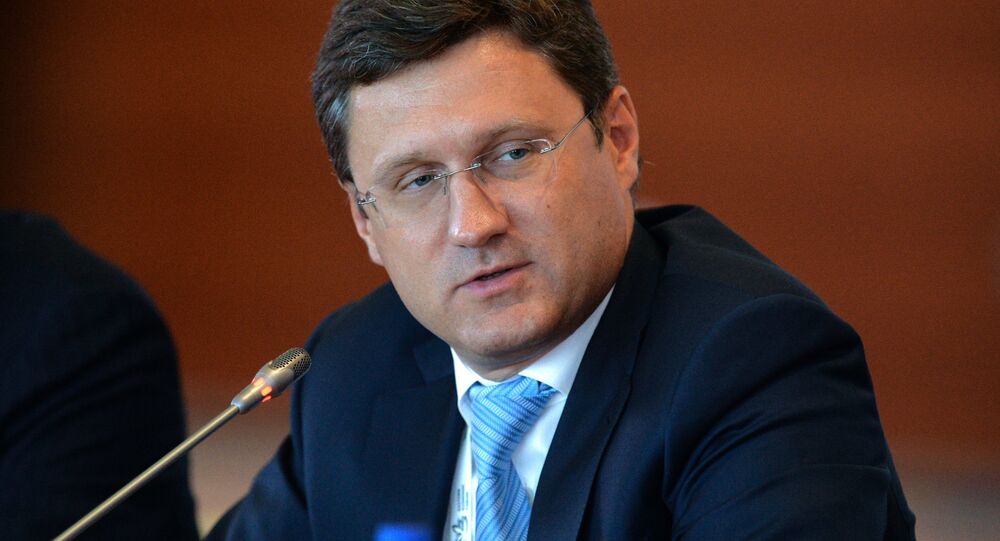 According to a source in the Russian government, Russian Energy Minister may visit Iran in late February within the framework of the work of the Russian-Iranian intergovernmental commission.

© Sputnik / Vladimir Astapkovich
Russia, Iran to Sign Contract on Delivering Su-30SM Fighters in 2016
MOSCOW (Sputnik) – Russian Energy Minister Alexander Novak may visit Iran in late February within the framework of the work of the Russian-Iranian intergovernmental commission, a source in the Russian government said Friday.

"Yes, he might visit," the source told RIA Novosti.

Earlier in the day, the Russian Energy Ministry refused to confirm the information on a possible visit by Novak to Tehran.

On Tuesday, Russia, Saudi Arabia, Qatar, and Venezuela held talks on the current oil market situation in the Qatari capital of Doha and agreed to freeze average monthly oil production at January levels if other countries followed suit. The proposal was later backed by Ecuador, Algeria, Nigeria and Oman.

The following day, the oil ministers of Iran, Iraq, Qatar and Venezuela met in Tehran to discuss a reduction in oil output. Iran reportedly supported the agreement reached Tuesday.