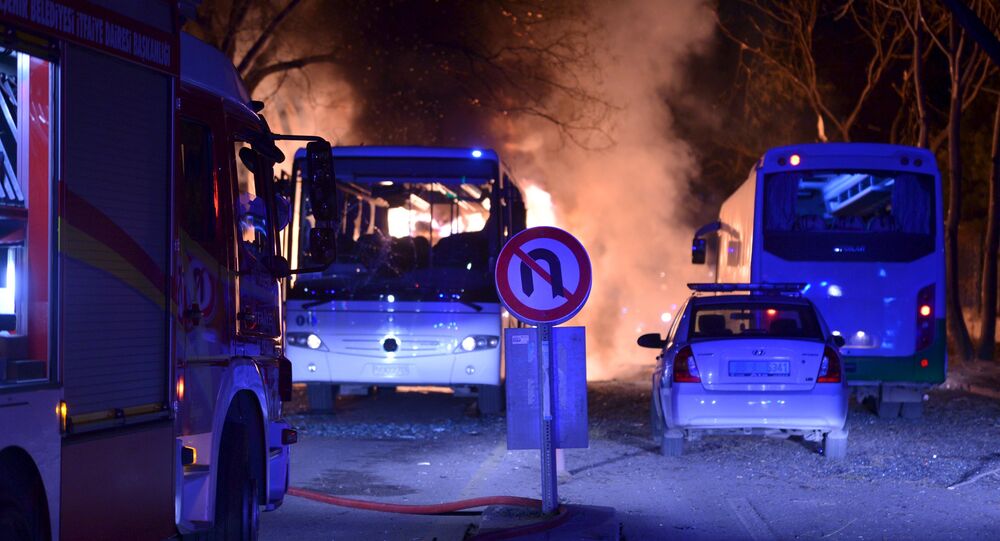 Syrian Kurds have nothing to gain from carrying out terrorist attacks on civilians in Turkey, Merab Shamoyev, the chairman of the International Union of Kurdish Public Associations, said Friday.

"Syrian Kurds immediately denied these allegations. Why would Syrian Kurds do this? The Kurds currently have a good reputation," Shamoyev said during a press conference in Moscow.

© AFP 2021 / ADEM ALTAN
Turkey Blames Kurds for Ankara Attack to Justify Sending Troops to Syria - Turkish Lawmaker
The politician added that the terror attack could have been a provocation carried out by Turkey’s Justice and Development Party to justify Ankara’s shelling of Syrian Kurds and to start a ground operation in Syria.

According to Shamoyev, Kurds do not want to secede from Turkey and only desire autonomy.

The Kurds are a Middle Eastern ethnic group with a population of some 30-35 million, living mainly in Turkey, Iran, Iraq and Syria. They do not have their own state, however, the Kurds have made several attempts to gain independence and have already obtained autonomy within the framework of the Iraqi state.