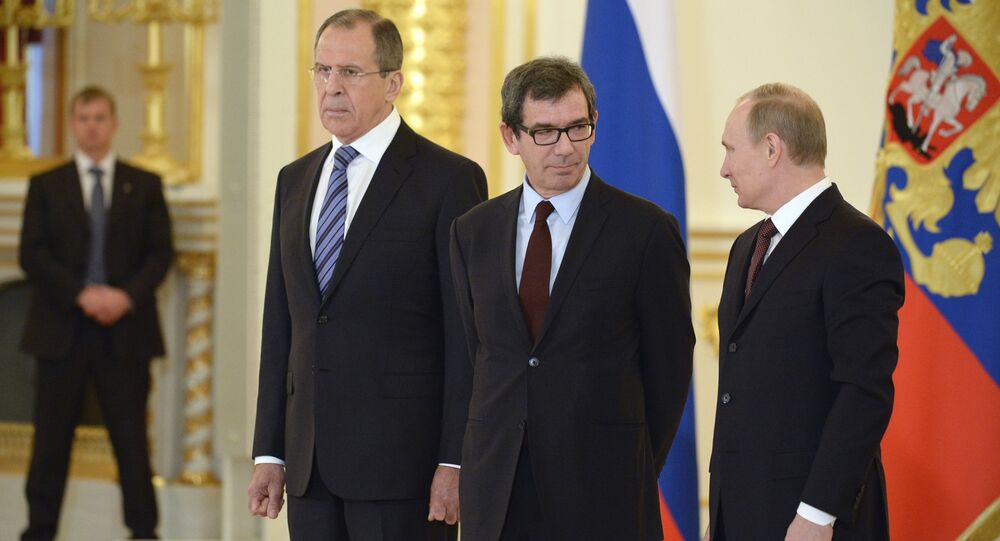 French Ambassador to Russia Jean-Maurice Ripert said that agriculture provides a perfect platform to explore opportunities for the development of relations between Moscow and Paris.

"Despite the difficult situation around Ukraine and Syria, we are ready to return to peaceful relations. In this respect, agriculture is a good opportunity for cooperation… I am convinced that France can help Russia, because it has [all the necessary] technologies in agriculture. France is a reliable partner for Russia," Ripert stated at a round-table discussion at the French Embassy in Moscow.

Such French companies as Danone food-products corporation and Bonduelle vegetables processing firm have been successfully working in Russia for a long time, despite the fact that the conditions for doing business can be difficult, in particular, in the area of administrative procedures, he noted.

"But the Russian authorities are doing a lot to simplify the procedures, improve the business climate and attract French investors," the ambassador added.

"An agricultural state is an open country that can benefit from food imports," the diplomat stressed.

In August 2014, in response to the Western economic sanctions introduced over the Ukraine crisis, Moscow announced a one-year food embargo on products originating in states that imposed restrictive measures against it. The ban has since been extended for another year.