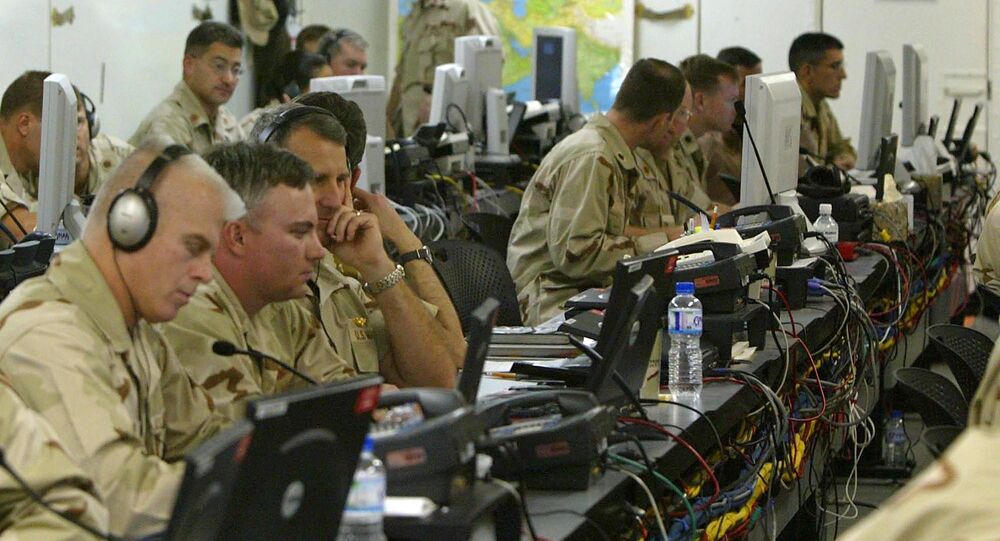 The success of the ongoing Russian airborne campaign in Syria has prompted Washington to launch an information war against Moscow.

© Sputnik / Dmitriy Vinogradov
The Grown Ups Are Here: US Allies in Syria Long to Work With Russia
While Moscow proposed that all warring sides in Syria declare a ceasefire starting on March 1, the US continues to insist on an immediate cessation of hostilities, claiming that Moscow is stalling in order to allow the Syrian army to complete its ongoing offensive.

Also, on February 10 US warplanes carried out an airstrike against the Syrian city of Aleppo, with Washington immediately blaming Russia for the deed.

According to Araik Stepanyan, executive secretary of the Presidium of the Academy of Geopolitical Problems, faced with the success of the Russian airborne campaign in Syria the US resorted to information warfare.

"We need to understand that an information war was declared against Russia, so such statements shouldn’t come as a surprise," Stepanyan told Radio Sputnik. "The fact that these statements are easy to refute matters little for the US leadership because its goal is to create an information phantom for the electorate. They’re well versed in the art of fooling the masses; the creed of their propaganda is ‘the more terrifying the lie is, the more people believe in it’."

Stepanyan added that the US had to resort to this strategy because its own campaign in Syria has so far failed to produce any meaningful results. He also mentioned the recent incident when TV Channel France 2 showed footage of Russian airstrikes in Syria as the work of the US-led international coalition, remarking that apparently the US can now claim credit for Russia’s successes.

"These are all elements of hybrid warfare, its integral component — psychological warfare," he concluded.

Meanwhile, US President Barack Obama sought to increase the budget of the Broadcasting Board of Governors, the US federal agency responsible for the Voice of America and Radio Liberty/Radio Free Europe, among others, requested a substantial budget increase. If the newly proposed budget for fiscal year 2017 is approved, the agency will receive nearly $778 million – a vast sum, especially compared to Russia’s foreign media budget.

For example, MIA Rossiya Segodnya, the parent company of Sputnik News, operates on a budget of $75 million, including both domestic and foreign media — 10 times less than the BBG.