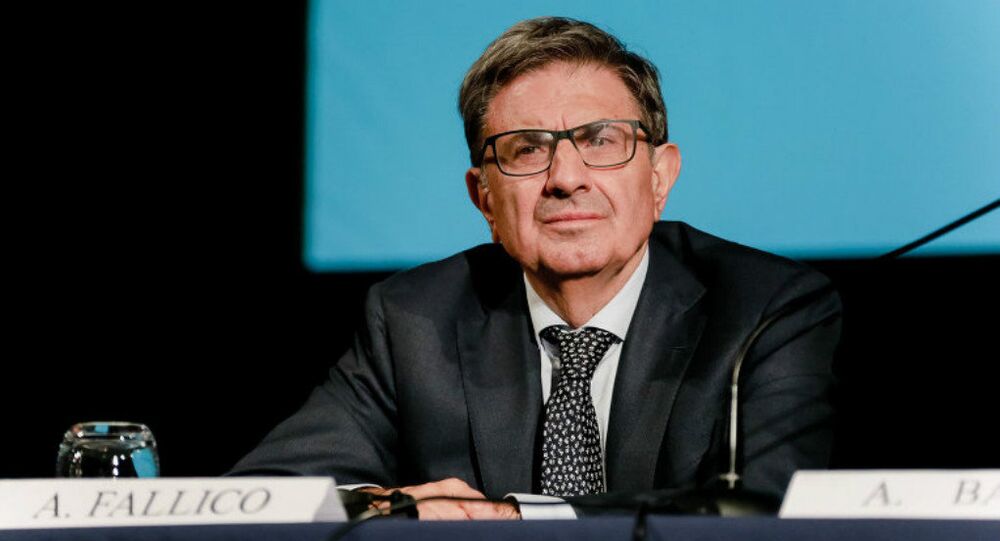 The US and EU must remove self-defeating sanctions against Russia, increase bilateral trade, and work with Moscow to solve the world's political crises, said Antonio Fallico, President of the 'Conoscere Eurasia' (Get to Know Eurasia) Association.

© AP Photo / Darko Vojinovic
Serbia Never to Join EU Sanctions Against Russia
Since anti-Russian sanctions were imposed in 2014 the world's problems have only got deeper, and the US and EU need to remove them and cooperate with Moscow to resolve world crises, Antonio Fallico, President of the 'Conoscere Eurasia' (Get to Know Eurasia) Association told a conference on Thursday.

"Certain problems which appeared earlier have taken on more alarming proportions. These realities force us to urgently look for solutions. For such solutions to be effective, a substantial contribution from Russia is necessary," Fallico said, RIA Novosti reported.

The Conoscere Eurasia Association is a nonprofit organization that aims to develop economic and cultural relations between Italy, the Russian Federation and the Eurasian Economic Community. It is also active in the development of relations with Azerbaijan, Turkmenistan and the Shanghai Cooperation Organization.

The organization's president was speaking at the Transatlantic Forum on Russia, which was held in Rome on Thursday. He said that as well as geopolitical crises in areas like the Middle East and the Korean peninsula, Russia is needed to solve current problems like uncontrolled migration, terrorism, climate change and epidemics.

"In these circumstances, a sanctions policy looks dated, especially when you take into account that the stated political goals have not been reached. What's more, there are signs of movement in the other direction."

In his speech to the forum, the economist pointed out that while Russia is the EU's third largest trading partner, with a volume of trade of 284 billion euros ($319.3 billion) in 2014, the anti-Russian sanctions pushed by Washington had, in contrast, a minimal effect on the US economy.

"It should be noted that in important sectors of the American economy sanctions against Russia were not put in place, or were ignored," Fallico said.

© AFP 2020 / BARBARA SAX
EU May Review Easing Sanctions Against Russia in July - Diplomatic Source
Giving examples, he named trade agreements between Exxonmobil and Rosneft, between US company Bell Helicopter and Russia’s Yekaterinburg-based Urals Civil Aviation Plant for helicopter assembly, between Boeing and Russian partners like titanium producer VSMPO-AVISMA Corporation, and Energomash' supply of RD-180 liquid propellant rocket engines for United Launch Alliance to use on its Atlas 5 family of rockets.

Fallico also said that it is in US interests to nurture trade relations with Russia, rather than reduce them. He pointed out that the biggest US companies, such as General Electric, Microsoft, Boeing, Ford, GM, JP Morgan, Procter & Gamble and others have continued their operations in Russia despite the current economic downturn.

"A prosperous and contemporary Russian market is in the interests of both the US and Russia," he said.

"That is why American companies, including the very biggest, have not left Russia during the current turbulent time."

Many Iranian Entities Removed From US Sanctions List Placed on Another