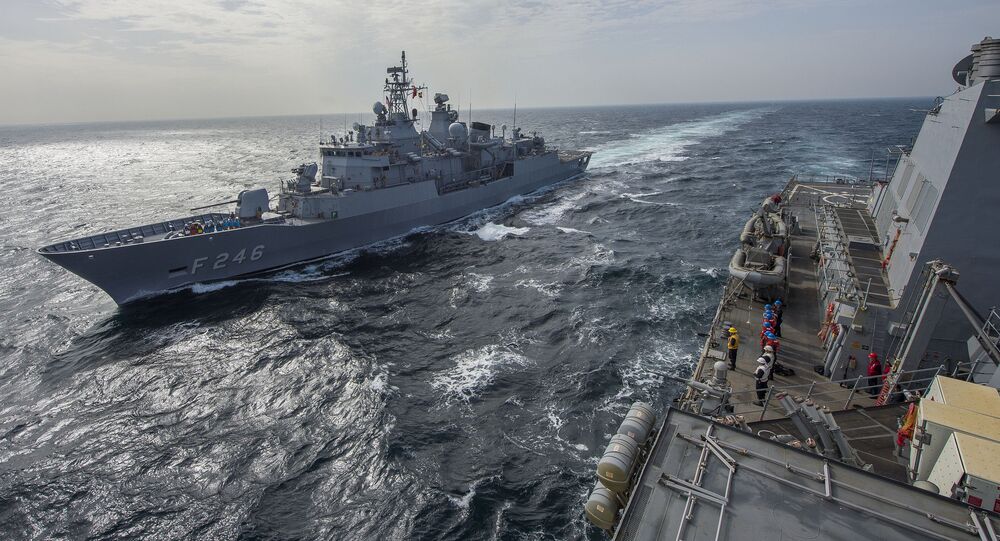 Three NATO ships are on a mission in the Aegean Sea off Turkey to prevent people smugglers from taking migrants to Europe, a diplomatic source close to the military bloc said Friday.

© AP Photo / Petros Giannakouris
NATO to Return Migrants to Turkey to Tackle Refugee Crisis
BRUSSELS (Sputnik) – This comes a day after NATO chief Jens Stoltenberg announced the operation at a summit of the bloc’s 28 defense ministers in Brussels after a request from Turkey, Greece and Germany.

"Germany’s replenishment ship FGS Bonn, Canadian and Turkish frigates NCSM Fredericton and TCG Barbaros are in the maritime area and are already on the mission," the source told RIA Novosti.

The three ships are part of NATO’s Standing Maritime Group 2 under German command. According to Stoltenberg, they will be contributing critical information and conducting surveillance to help crack down on people-smuggling networks.

Over 847,000 migrants from Syria and other countries crossed by sea from Turkey into Greece last year, according to the International Organization for Migration. Over 800 of them drowned in the Aegean.