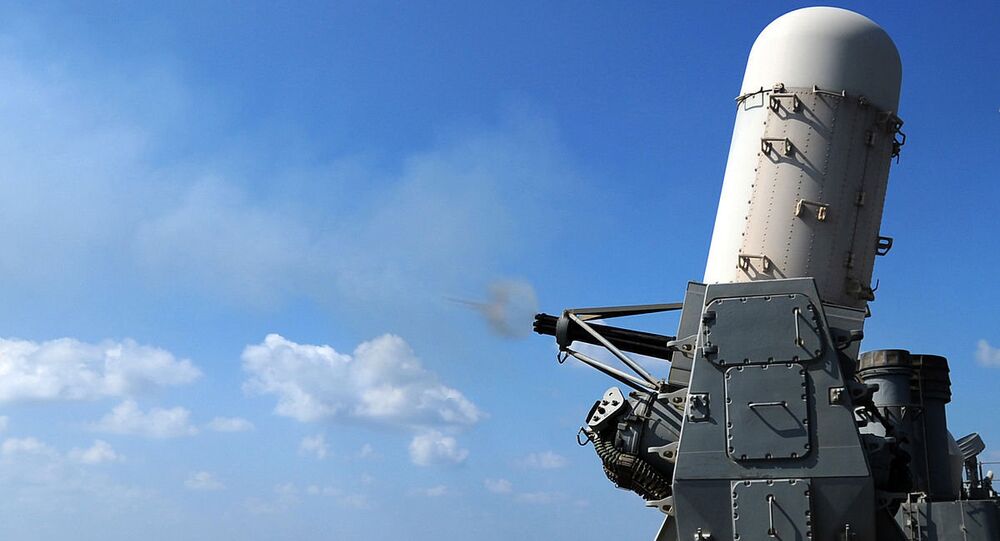 According to Defense Security Cooperation Agency, US Department of State has approved a potential arms sale of more than $150 million to Saudi Arabia.

© REUTERS / Brendan Smialowski/Pool
US, Saudi Arabia May Start Talks on Yemeni Settlement in Few Weeks
NEW YORK (Sputnik) – The US Department of State has approved a potential arms sale of more than $150 million to Saudi Arabia, the Defense Security Cooperation Agency said in a statement on Thursday.

"The State Department has made a determination approving a possible foreign military sale to the Kingdom of Saudi Arabia," the statement noted. "The estimated cost is $154.9 million."

Saudi Arabia has requested a sale for the upgrade of five MK 15 Phalanx Close-In Weapons Systems (CIWS) currently aboard four Royal Saudi Naval Forces ships and one Naval Forces School ship. Spare and repair parts, along with technical support and personnel training, are included in the estimated cost.

The proposed sale will help improve the security of a strategic regional partner, which has been and continues to be an important force for political stability and economic progress in the Middle East, according to the statement.

"This acquisition will enhance regional stability and maritime security and support strategic objectives of the United States," the statement pointed out.

The State Department’s approval of the sale is required by US law and does not mean it has been finalized, the Defense Security Cooperation Agency added.