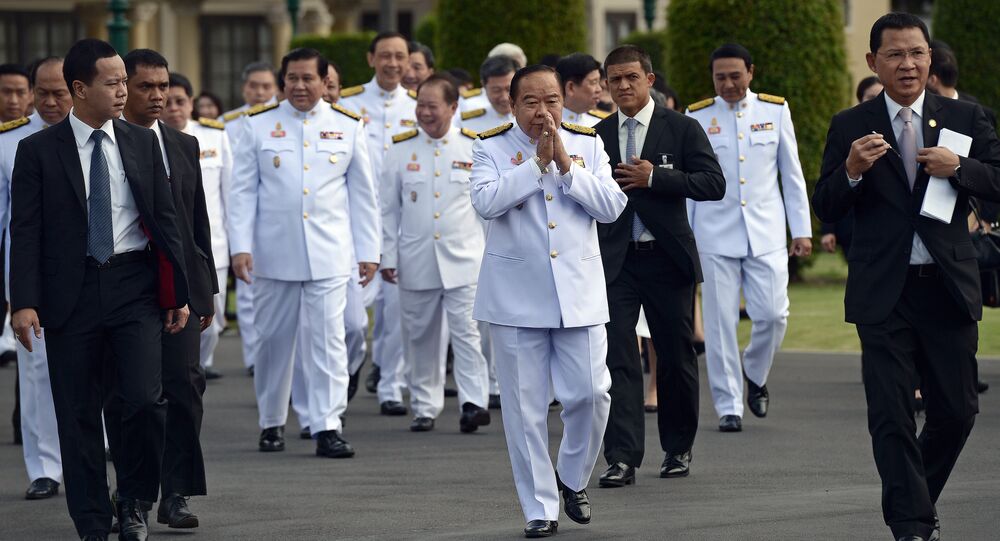 Thailand is due to supply Russia with agricultural products and food in exchange for military and engineering equipment, Thai Deputy Prime Minister and Defense Minister Gen. Prawit Wongsuwan said Thursday.

"We plan to purchase in Russia special fire-fighting aircraft and military-technical equipment necessary for the elimination of consequences of natural disasters and other emergencies, and in return we are ready to sell agricultural products and food to Russia of equal sums," the deputy prime minister said ahead of a meeting with Patrushev.

The prime minister disproved reports that had emerged in Thai media on the purchase of tanks in Russia, saying the issue was not the subject of the negotiations with the delegation headed by Patrushev.

The deputy head of the Thai government also confirmed to journalists his plans to visit Russia on February 23-27.

Why Thailand May Choose Russian T-90 to Replace Ukrainian Tanks