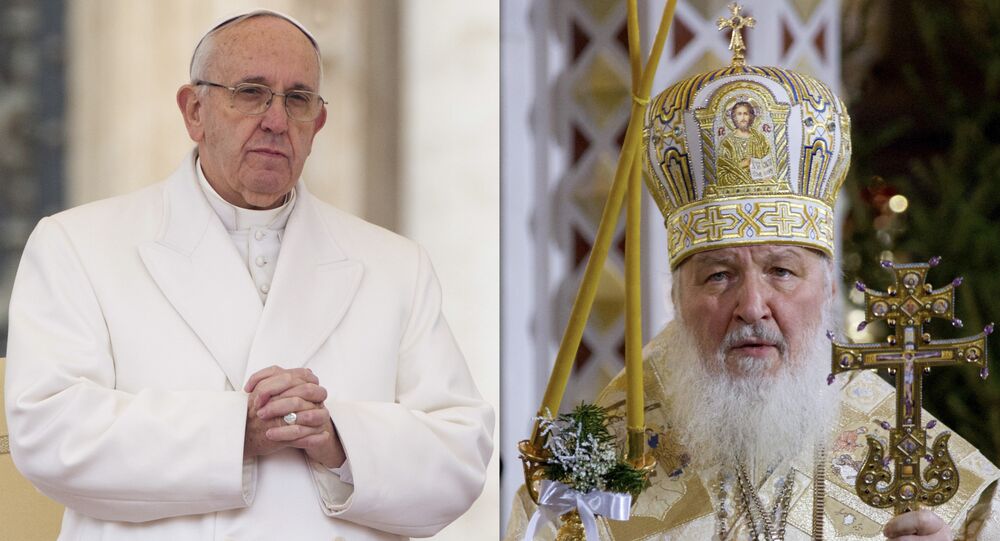 Serbian church spokesman said that Serbian Orthodox Church welcomes the meeting of Orthodox Patriarch of Moscow and All Russia Kirill and Pope Francis in Cuba on Friday.

"The Serbian Orthodox Church consistently and with best prayer wishes supports the efforts of Patriarch Kirill and our sister the Russian Orthodox Church to dialogue and cooperation with responsible representatives of the Christian world," Bishop Irinej said in a press statement published on Wednesday.

The bishop underscored the need for the two religious leaders to address the genocide perpetrated against the Christian population in the Middle East, as well as issues in Africa.

He noted that Orthodox Serbs have lived for centuries with their Catholic neighbors in Croatia "unfortunately as de-facto second-class citizens," adding that Pope Francis and the Vatican support the granted of equal standing to the Orthodox Church in the Balkan country.

"He who has ears to hear, let him hear," the bishop underscored.