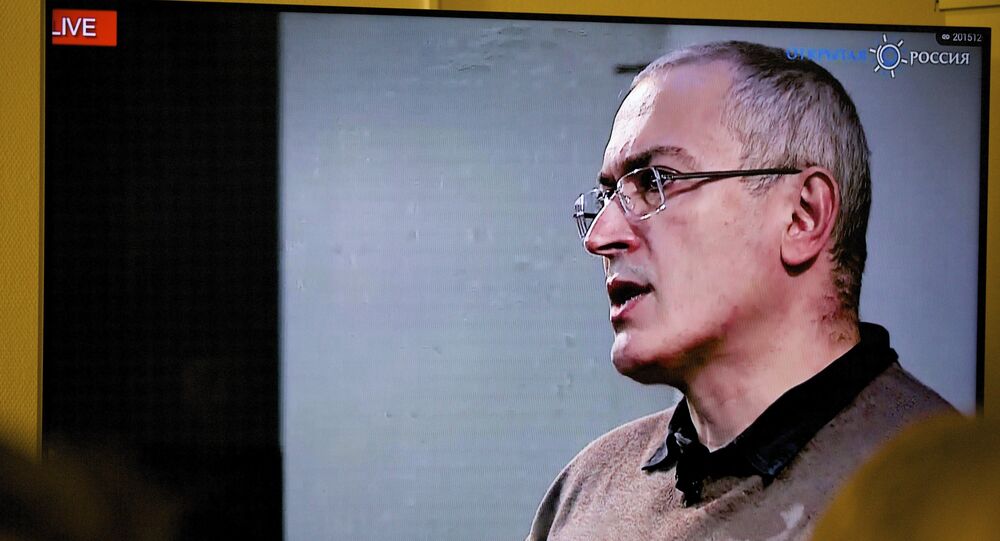 A spokeswoman for Mikhail Khodorkovsky, the former head of the now defunct Yukos oil company, said Thursday she could not confirm reports that he had been placed on the international wanted persons' list.

"Mikhail Borisovich [Khodorkovsky] will not be changing his way of life in any way," Kulle Pispanen stressed to RIA Novosti.

Asked whether Khodorkovsky intended to seek political asylum somewhere, Pispanen pointed out that he had already been asked the same question three months ago and his answer had not changed.

"He said he would think about it, so he is thinking. I do not think that somehow the Investigation Committee could expedite this process," the spokeswoman noted.

On December 11, 2015, the Basmanny District Court in Moscow charged Khodorkovsky in absentia with organizing the 1998 murder of Vladimir Petukhov, the mayor of the western Siberian town of Nefteyugansk.

The businessman refused to cooperate with Russian law enforcement agencies, stating that he was not willing to take part in another criminal trial against him in Russia.